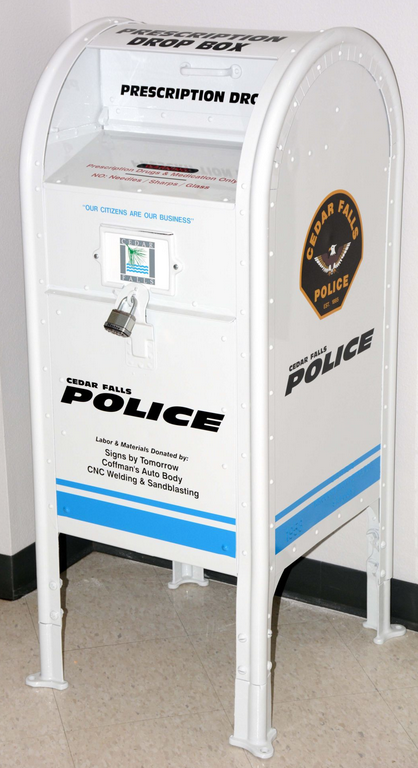 BRIDGETON - A Vineland police officer who allegedly helped himself to drugs from the Project Medicine Drop box while on duty has been authorized to enter the Cumberland County Pretrial Intervention Program.

Back in June, Officer Richard Janasiak, 30, of Vineland, was charged with unlawful possession of prescription legend drugs after accessing the medicine drop box "while on duty, on numerous dates," according to the Cumberland County Prosecutor's Office.

A consent order, approved in Cumberland County Superior Court on Aug. 28, permits Janasiak to participate in the discretionary court program that, if completed, will not result in a criminal record.

The consent order set four conditions for Janasiak to enter and participate in the program.

He must "forfeit any present and future public employment in the State of New Jersey" and resign as a Vineland Police Officer.

Janasiak is required to submit to urine screening, drug evaluation and treatment as recommended by the Cumberland County Probation Department.

While under PTI supervision, he must surrender or divest himself of any firearms in his possession, including any off-duty gun, as well as his Firearms ID Purchase Card. He is prohibited from possessing any firearms during his PTI supervision. This condition will expire if Janasiak successfully completes PTI and the charge against him is dismissed.

Janasiak was a three-and-a-half-year veteran of the police force when he was implicated during an internal audit by the Vineland Police Department in March 2016.

"It is an unfortunate event, and we regret that it occurred," Police Chief Rudy Beu told The Daily Journal on Wednesday. "We discovered potential wrongdoing by one of our officers, and in this case, referred it to the Cumberland County Prosecutors Office for an independent investigation."

When that investigation concluded, the prosecutor's office confirmed the charge was warranted.

Janasiak was suspended with pay in March 2016, but that was later updated to suspension without pay, according to the chief.

The Vineland Police Department continues to participate in the Project Medicine Drop program that offers the public a safe and secure way to dispose of medication and prevent drug abuse.

It is also an alternative to tossing medication in the trash or flushing it down the toilet, which can pose a health risk.

Project Medicine Drop debuted at the Vineland Police Department in 2011, when it was selected as one of three collection sites under a new state Division of Consumer Affairs pilot program, which is now offered statewide.

Medications, collected in the locked box, are regularly collected and safely destroyed.