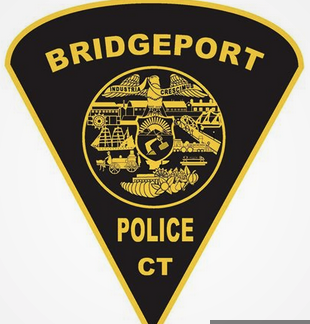 A 21-year veteran of the Bridgeport Police Department has resigned after getting arrested while on the job, police say.The State's Attorney's Office says the career of former Officer Christopher Martin ended Thursday when he was caught stealing cash during a drug bust.State's Attorney Joseph Corradino says an inspector with his office noticed $500 previously documented in a suspect's vehicle had been removed.

During a search for the missing money, Corradino says Martin was seen moving cash from his sock to his pants pocket - an amount that totaled $500.Martin was arrested on site by the Bridgeport Police Department and charged with second-degree larceny and tampering with evidence. He was released from custody after posting $10,000 bond."Another stain on an already blemished reputation - something that we really can't afford at the moment," says state Rep. Antonio Felipe.Martin's arrest comes about 14 months after former police chief AJ Perez and former personnel director David Dunn were charged with rigging the police chief selection process for Perez. The two were convicted in federal court earlier this year and sentenced to prison.Regarding Martin, Corradino said, "My office is also committed to maintaining the integrity of law enforcement in this district."He tells News 12 Martin resigned immediately as police were doing the paperwork to suspend him."I'm at least confident about the way they handled the situation, the swift action, the fact the officer resigned. It's all steps in the right direction and hopefully means there isn't an environment that says that tolerable in in our police department," says Felipe.

Acting Chief Rebecca Garcia released a statement saying in part, "The Bridgeport Police Department will not and does not condone officers who violate their oath of office by engaging in criminal activity."The State's Attorney's Office says that drug bust Thursday resulted in the arrests of two people accused of dealing drugs.Corradino says investigators seized nearly two kilograms of cocaine and six firearms, along with cash.