A probable cause affidavit says that officer Ronald Scott Gibbons, 47, is accused of taking almost $2,000 from envelopes in the department's evidence safe. 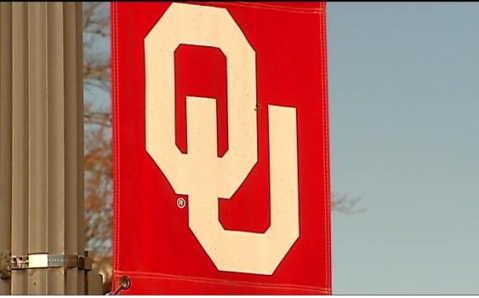 NORMAN, Okla. —A University of Oklahoma police officer has been accused of embezzling money from the university's police department.

A probable cause affidavit says that officer Ronald Scott Gibbons, 47, is accused of taking almost $2,000 from envelopes in the department's evidence safe.

Police started investigating the incident after a person went to OUPD headquarters in the 2700 block of Monitor Avenue on June 30 to pick up a computer and $250, according to the affidavit. Two of the department's property technicians were not able to find the envelope containing the money.

A third property technician, identified as Gibbons, was told about the search, and he turned in his duty weapon and police radio and said, "There's no coming back from this." Gibbons told a deputy chief that there was no need to continue searching the evidence safe because it wasn't there, the court document said.

Two audits conducted July 1 and July 11 found that several envelopes were missing and tampered with, according to the affidavit. The envelopes contained $1,873.40.

Two of the envelopes were found with blank sheets of paper cut to the size of U.S. currency, officials said.

Gibbons said that he had shamed himself, his family and the University of Oklahoma Police Department during a July 8 termination hearing.