"I retired because I was being forced out of my career by a vindictive, politically motivated attempt to blame me for the crimes committed by a former evidence custodian under my supervision," Burns said in the statement. 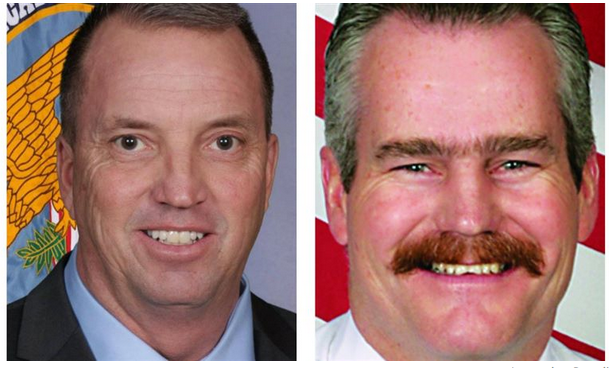 OGDEN — A former senior deputy says he was made a scapegoat and forced to retire amid an investigation into drug thefts and an employee's intoxication in the Weber County Sheriff's Office's evidence room.

In a statement issued Wednesday evening by his attorney, Kevin Burns blasted Sheriff Terry Thompson and said he was targeted soon after he announced he was running to succeed Thompson, who is not seeking re-election after two four-year terms.

Burns was chief deputy sheriff over the corrections division and is one of five men running for the Weber County Republican Party's nomination for sheriff. The party convention is Saturday.

"I retired because I was being forced out of my career by a vindictive, politically motivated attempt to blame me for the crimes committed by a former evidence custodian under my supervision," Burns said in the statement.

"Sheriff Thompson would like the public to think that I alone was responsible for the problem with the evidence room and that the end of my employment marks the end of problems for the office," Burns said. "This is false. I identified problems and proposed solutions, but was ignored and ultimately driven from my career as a scapegoat when those problems drew public scrutiny."

In a press release Monday night, the sheriff's office said Burns' employment "has ended ... as a result of the findings of the internal investigation."

"I was forced to retire or face termination and loss of considerable pension benefits," Burns said.

Thompson on Thursday declined to comment on the exact nature of Burns' departure from county employment. But he did defend the internal investigation.

"I stand by the thorough and in-depth investigation that was done here and I stand by the conclusion and findings and my determination on what needed to be done based on those findings," Thompson said by phone. "That's the truth, and that's where I will leave it."

Burns was a lieutenant when the agency's evidence custodian was found high on methamphetamine in December. Thompson later promoted Burns to lead the corrections division after the previous chief retired.

The agency's news release said that "experienced narcotic investigators, detectives, crime scene technicians, deputies and felony prosecutors from the Weber County Attorney's Office" all complained of problems in the evidence room. The investigation has so far revealed that (Burns) did not investigate or document the complaints.

"Early warning systems, which are in place to identify potential problems with employees, were not followed," the release said.

The employee, an Ogden woman who had worked with the department since 2002, admitted to diverting meth from 15-20 cases over the course of 2017. She was fired effective Jan. 12.

"The investigation determined that an evidence room audit had been conducted and this audit identified serious issues," the news release said. "However, the supervisor did not properly act on this information, allowing the problems with the evidence room to continue."

It was not known whether the internal investigation extends to evidence operations prior to Burns' tenure. He took over evidence supervision in April 2016.