Public Integrity Bureau investigators noticed that a box of .40-caliber ammunition from the Peace Court scene had never been logged into evidence. 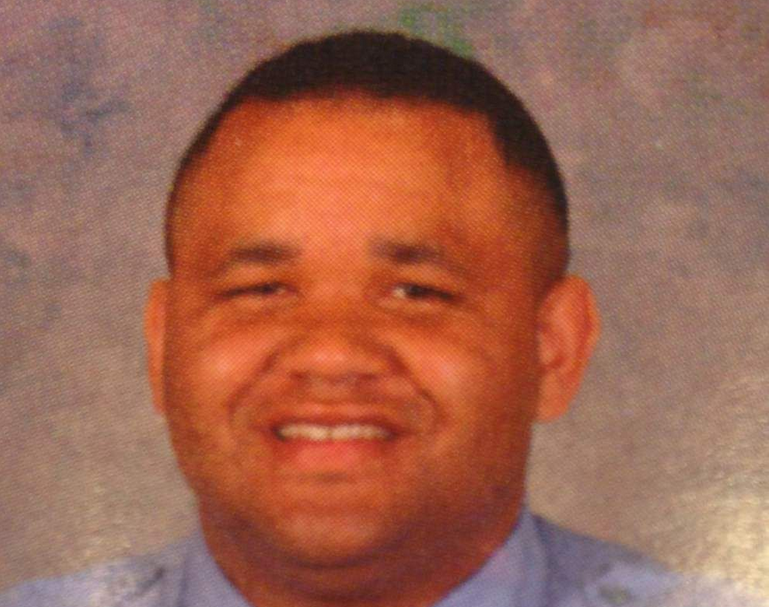 Olander Holloway paused to wipe away tears as she sat facing the disgraced ex-cop whose botched response to a domestic violence incident may have contributed to the death of her son, New Orleans Police Department Officer Daryle Holloway.

"I have wondered about your conscience and if you have one," said Holloway.

"I don't remember you ever saying that you were sorry or that you regretted your role in my son's death," Holloway continued. "Had you done your job … Daryle might still be here." Shortly after she spoke, Criminal District Court Judge Karen Herman sentenced former officer Wardell Johnson to five years in prison for tampering with and discarding evidence in the investigation of Travis Boys.

Johnson's sentencing came nearly three years after he played a role in one of the saddest chapters in Police Department's history.

Investigators said that Johnson failed to conduct a proper search of Boys while arresting him for shooting a gun at his wife on Peace Court on June 20, 2015. Boys managed to slip a small, .40-caliber pistol onto his person and killed Holloway as he was being transported to jail that morning.

Weeks later, Public Integrity Bureau investigators noticed that a box of .40-caliber ammunition from the Peace Court scene had never been logged into evidence. Under questioning, Johnson denied knowing what happened to the bullets. He then left the office and threw the box into a New Orleans East canal.

Police never suspected of Johnson acting in concert with Boys. Rather, they said, he wanted to cover up his sloppy police work.

In October 2015, Johnson pleaded guilty to obstruction of justice, obstruction of justice in a case punishable by death or life without parole, and malfeasance of office, charges which could have netted him a maximum of 40 years behind bars. Following his arrest, Johnson served seven months in jail and has been free on bail since. His sentencing was delayed so that he could testify at Boys' trial, where he told jurors that he was devastated by his friend and fellow officer's death.

Herman, who also presided over Boys' trial, delivered her sentence following a passionate reprimand of Johnson's actions, which she condemned as "both atrocious and inexcusable."

"I would not have been able to believe that an officer with 13 years of service could do such a shabby job," Herman said, referencing both Johnson's honorable discharge from the Marines as well as his tenure as an NOPD officer on the night watch in the city's Fifth District.

Herman said she reached her decision following an extensive review of both pre-sentencing reports and body camera footage, but said that reaching a number ultimately was "extremely difficult."

She said she was particularly concerned with Johnson's PIB record, where 11 complaints had been logged against the officer, including at least two that involved the poor handling of evidence in domestic violence-related incidents, at least one of which involved a weapon.

"Your arrogance in regards to what you choose to do … is inexcusable," Herman admonished. "There was no rehabilitation … you refuse to accept responsibility. That's unacceptable."

When he testified at Boys' trial, Johnson seemed to downplay the seriousness of the scene he arrived to at Peace Court. He acknowledged under questioning that he thought it was a mere "domestic quarrel." He also admitted that he was skeptical of Avis Boys' story that her husband had shot at her.

"When people get mad, women get mad and all of a sudden they make up stories saying this happened," he said at the time.

Olander Holloway paused to wipe away tears as she sat facing the disgraced ex-cop whose botched response to a domestic violence incident may have contributed to the death of her
http://www.theadvocate.com/new_orleans/news/courts/article_dd6edd0e-3f21-11e8-9c24-c35fbadb2cc9.html
Tweet
How do you feel about this post?
Happy (0)
Love (0)
Surprised (0)
Sad (0)
Angry (0)
Tags:
Chain of Custody Big Three: evidence assault  kits altered evidence
Ousted sheriff's deputy says he's a scapegoat for ...
Kawartha Lakes police officer charged following th...
Comment for this post has been locked by admin.