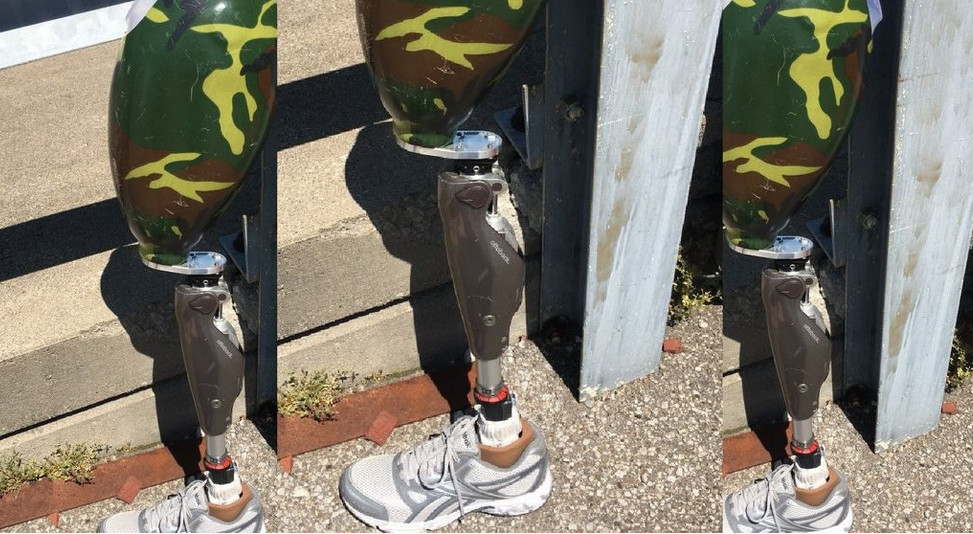 LOUISVILLE, Ky. (WDRB) -- The owner of a camouflage prosthetic leg found by police has been found.

Louisville Metro Police thanked social media for finding Mr. Frederick "Fred" Owens. The Indian Creek Health and Rehab director Chris Allen reached out thinking that the prosthesis could belong to one of their patients. And they were right.

Mr. Owens began rehabilitation at Indian Creek Healthcare Center, and he is going through the fitting process again for the prosthetic. So he was very glad to have the leg returned to him, since the replacement was to cost nearly $50,000.

In a social media post June 19, LMPD said there was a serial number on the prosthesis. But they were only able to find out it was ordered in New Albany, Indiana in June 2017.