Fentanyl laced flyer: A Texas deputy touched a piece of paper and ended up in the hospital

The sergeant found a flyer on her windshield, removed it and soon began feeling light-headed 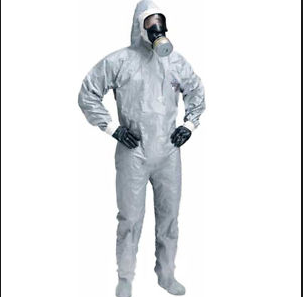 A Texas deputy was treated at a hospital and then released on Tuesday after she touched a flyer suspected of being laced with fentanyl, a potent and potentially deadly opioid.

She went to the hospital for treatment, according to Gonzalez. A Tuesday afternoon tweet from the sheriff's office said the deputy was treated for possible fentanyl exposure and released from the hospital.

An investigation revealed that the flyers had been placed on more than 10 vehicles, and one of the fliers tested positive for fentanyl, Gonzalez said.

The positive fentanyl test did not come from the flyer on the sickened sergeant's vehicle, but all flyers are currently being tested, a spokesman for the Harris County Sheriff's office told USA TODAY in an email.

The fliers were found on cars near a precinct that houses the Houston-area sheriff's department's violent crime unit and homicide division.

A Texas deputy was admitted to the hospital and then released on Tuesday after she touched a flyer. An investigation revealed that the flyers had been placed on more than 10 vehicles, and one of the flyers tested positive for fentanyl.
https://www.usatoday.com/story/news/nation-now/2018/06/26/fentanyl-laced-flyer-deputy-sent-hospital-after-touching-flyer/736667002/
Tweet
How do you feel about this post?
Happy (0)
Love (0)
Surprised (0)
Sad (0)
Angry (2)
Tags:
fentanyl fentanyl overdose texas duputy
Trial starts for former investigator accused of ke...
Owner found for prosthetic leg found in the LMPD p...
Comment for this post has been locked by admin.