The issue came to light after a 2015 USA Today investigation estimated that more than 100,000 rape kits - evidence collected after reported sexual assaults - were untested nationwide. 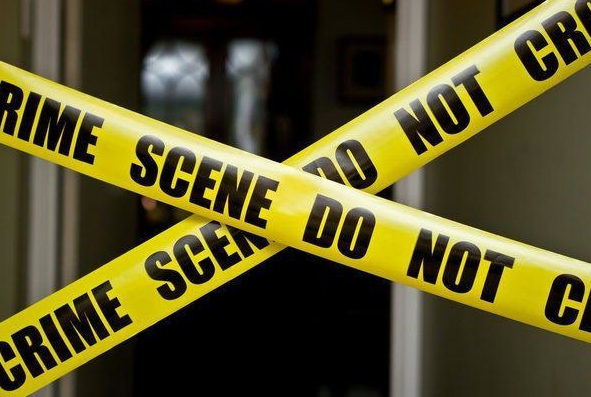 In little more than a year, the number of untested 'rape kits" held in evidence storage by police departments and labs across Pennsylvania has dropped from 3,217 (as of September 2015), to 1,214 at the end of 2016.

The issue came to light after a 2015 USA Today investigation estimated that more than 100,000 rape kits - evidence collected after reported sexual assaults - were untested nationwide.

That report helped spur legislation here to professionalize sexual assault evidence collection and testing statewide, and to provide a public accounting of how many evidence kits are backlogged.

"Sexual assault victims deserve justice... and that's exactly what testing these kits can provide for them," he said.

DNA collection from rape kits is considered a great tool for law enforcement because, much like fingerprints, once collected the evidence builds a virtual database of suspects that can be matched to perpetrators of prior or future crimes.

In that way, police and prosecutors credit the databases with helping take some of the state's most heinous criminals off the street.

There are still some major holes in the report, however.

The 2016 report shows no data from the City of Pittsburgh, for example.

A Pittsburgh police spokeswoman reached Tuesday had no explanation for why the city is not participating in the state survey, but she did contend the city is holding zero untested rape kits.

Pittsburgh is the only one of the state's 13 municipalities with more than 40,000 residents to be missing from the list. Statewide, however, there are still about 200 departments that haven't reported.

Philadelphia still accounts for the lion's share of the state's backlog with 701 untested kits. But that's down from 1,294 last year, after the city's police department engaged a private contractor to help them catch up on testing.

Advocates have noted the number of backlogged tests will never fall to zero.

That's because sexual assault victims are always encouraged to have post-assault examinations to preserve their options to pursue a case, but their consent is needed to proceed with formal testing.

Some victims opt not to go forward, and that leaves police departments in the position of holding evidence.

Still, DePasquale reiterated a call to the General Assembly Tuesday to provide more funding for staff and equipment to ensure all backlogged kits can be tested within three years, and all future kits are tested within six months of submission.

"The legislation that mandated the reporting and testing of the state's backlogged rape kits... failed to provide any resources to any agency, including the state's three major public crime labs, to test the kits," the auditor general said.

"Our review found that these labs simply do not have enough people, equipment or funding -- and that's a problem we know continues to exist."

Backlog has dropped from 3,217 in September 2015, to 1,214 by end of last year; even as number of law enforcement agencies reporting has doubled.
http://www.pennlive.com/news/2017/05/pa_shows_significant_progress.html
Tweet
How do you feel about this post?
Happy (0)
Love (0)
Surprised (0)
Sad (0)
Angry (0)
Tags:
East Coast untested rape kits Big Three: Chain of Custody assault  kits altered evidence
Police say they're frustrated with lengthy evidenc...
ONLY ON KOLD: Inside Tucson's crime vault