Pascagoula police gave an AK-47 back to a former mental patient. Now he's going to trial.

Montana, 26, managed to get back an AK-47 assault rifle and a Glock pistol from the Pascagoula police evidence locker, even though he had been committed months early to a state mental hospital 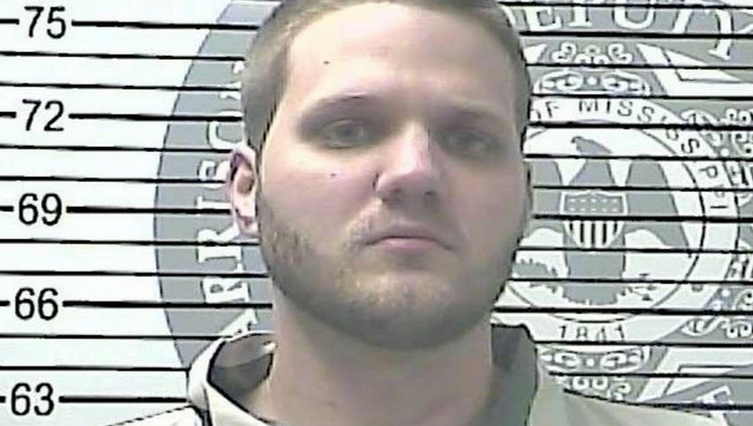 The Pascagoula Police Department and Municipal Court are changing their procedures to avoid another case of turning over guns to someone who has been committed to a mental institution, as they did in the case of Stephen Drew Montana.

Montana, 26, managed to get back an AK-47 assault rifle and a Glock pistol from the Pascagoula police evidence locker, even though he had been committed months early to a state mental hospital after an incident in the Ingalls Shipbuilding parking lot.

Less than three months later, Montana was arrested on two federal charges of being in possession of a firearm after commitment to a mental institution, a felony. He faces trial in mid-May.

Montana tried to get the charges against him dismissed in a hearing Wednesday before U.S. District Judge Sul Ozerden. Montana's attorney, Melvin Cooper of Biloxi, argued that Montana had the guns only because the police department and Municipal Court returned them without checking records that would have shown the commitment.

"Judge," Cooper said, "it could have been catastrophic if Mr. Montana was a violent person. We think it's outrageous."

Ozerden rejected the argument. "At most," he said, government omissions "would go to show some negligence but certainly not conduct that was outrageous." Montana, the judge pointed out, initiated the effort to get back his guns.

Police Capt. Shannon Broom testified that Montana came to see him in late 2016 about getting the guns back. Broom said he would need to check into the request.

Broom said he reviewed a police report from February 2016, when Montana showed up at Ingalls, where he worked, with the loaded guns in his truck. Ingalls security told him to leave, but he returned.

While he knew Montana had been in the hospital, Broom said that he was unaware a special master in chancery court had ordered Montana committed to a state mental hospital in Purvis.

As required by state law, the chancery clerk reported the commitment so it could be forwarded to the FBI, which maintains records on persons that federal law prohibits from having firearms.

Broom said he did not realize he had access to mental health records because he thought they were protected under federal privacy laws.

Broom thought Montana seemed "normal" when he asked for the guns back. Montana said he had been released from the hospital without a diagnosis and his stepfather confirmed it.

After checking with the Bureau of Alcohol, Tobacco, Firearms and Explosives, Broom said, he saw no reason to keep Montana's guns. Montana had no felony record, no investigation was pending against him, and Broom had no paperwork showing a commitment.

Broom did take the precaution of going to Municipal Court Judge Michael Fondren for a court order to release the guns. Fondren, who also serves as a chancery court judge, testified that he signed the order based on Broom's information. He was unaware of the chancery court commitment order.

"I feel remiss about it," Fondren said, "but this is how you get better.... We're going to require much more substantial diligence, and I'm just glad nobody was hurt in this case."

Fondren said that a person will be put under oath in court, and their background checked, before court orders are signed returning guns in the future.

The ATF got involved in the case after Montana showed up in February at the police department acting paranoid, Broom said.

"My concern was for his safety and the safety of other folks because he was blaming a lot of other people for ruining his life," Broom said.

After getting a copy of the chancery court commitment paperwork, ATF Agent Shane Lynes set up a meeting with Montana. Lynes said he would have explained the situation to Montana and allowed him to give up the guns without arrest.

Montana canceled the meeting, so ATF agents secured a warrant and arrested him at his grandparents' house in Biloxi.

A federal judge rejected a request to dismiss felony gun charges against a former mental patient, who argued Pascagoula police and a Pascagoula judge are responsible because they returned the guns to him after he was released from a mental hospital.
http://www.sunherald.com/news/local/crime/article210307854.html
Tweet
How do you feel about this post?
Happy (0)
Love (0)
Surprised (0)
Sad (0)
Angry (0)
Tags:
gun released prohibited person
DNA leads to arrest in mom's 1977 cold case rape, ...
How the Supreme Court Could Rewrite the Rules for ...
Comment for this post has been locked by admin.