Remains were identified more than two decades later through DNA 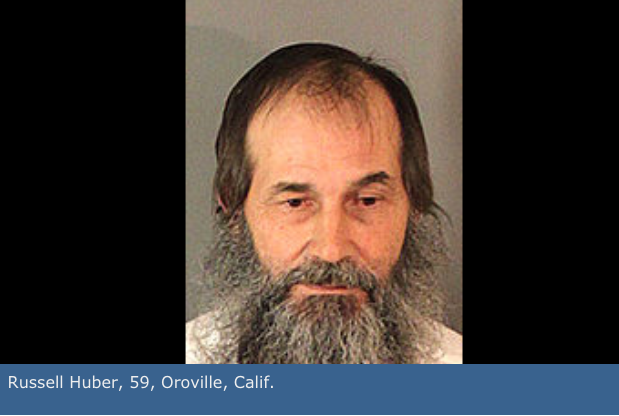 PALM DESERT, Calif. - A Northern California man is awaiting trial on charges of murdering another man's romantic rival from Palm Desert, whose remains were identified more than two decades later through DNA, which was also used to link the accused killer-for-hire to the crime, the sheriff's department announced Wednesday.

Advertisement Russell Huber, 59, of Oroville, is charged with murder and a special circumstance allegation of lying in wait in the killing of 41-year-old Clyde Gregory Hayward, whose remains were found in a streambed in Clark County, Nevada, in February 1993, but weren't positively identified until May 20, 2014, said Riverside County sheriff's Lt. Raymond Huskey.

Hayward went missing in July 1992. He was supposed to meet his girlfriend for a date but never showed up. His truck was found about two weeks later on Highway 95, 26 miles north of Blythe, with dried blood and two .380 shell casings found about 100 yards east of the vehicle, according to court documents.

Hayward's girlfriend told detectives she had turned down a marriage proposal from her employer, John Nichols, and suspected him of involvement in her boyfriend's disappearance, but investigators did not have evidence to warrant an arrest, according to Huskey.

A prosecutor's brief alleges that Nichols -- who died in 2001 -- hired a man named Peter Boncore to carry out the killing, and he, in turn, recruited Huber. The brief states that Boncore and Huber were friends, while Boncore and Nichols met in prison in the 1980s.