That water also flooded the property room, which contained 15,000 pieces of evidence 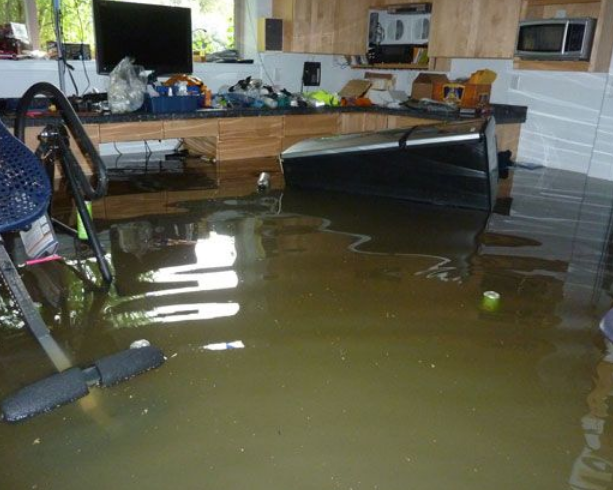 HOUSTON (KTRK) -- We know the havoc Harvey wreaked on the court system here in Harris County, but it also did a number on evidence in a handful of criminal cases.

The Courthouse Annex on Cypresswood in northwest Harris County flooded in Harvey's torrential rains, leaving three to four feet of water and destroying much of what was inside. Now it's down to the studs ahead of costly repairs.

That water also flooded the property room, which contained 15,000 pieces of evidence and all of which, Precinct Four Constable Mark Herman told Eyewitness News, had to be moved.

Of that collection, he said some evidence is now missing or was damaged.
"Following the unprecedented flooding at our Cypresswood office during Hurricane Harvey, where up to three feet of water breached the building and property room," he wrote in a statement, "Our office determined four open cases were affected. Our office immediately notified the Offices of the County Attorney and District Attorney office."

According to information we obtained from the District Attorney's Office, there was evidence missing or destroyed in 11 cases.
Four of the cases have no charges pending. Three cases already have convictions.

Among the evidence missing or damaged was a drug scale, spent shell casings, a half-smoked marijuana cigarette, and a check from Chase Bank.

As a result, a Brady Notice was sent to defense attorneys involved in the cases.
"In a lot of cases, it can help. If that evidence is destroyed and they don't have that evidence, they can't make their case," said Tucker Graves, the President of the Harris County Criminal Lawyer's Association.
He said unlike what came to light more than a year ago under a previous administration, in this case, investigators and District Attorney Kim Ogg were immediately forthcoming with what happened.
"Kim has been very up front," said Graves. "She says if there are problems at any of the precincts, at HPD, anywhere as a result of the flood, she will be notifying the defense lawyers involved."
We do not yet know how, if at all, the four cases affected today will be impacted.

We know the havoc Harvey wreaked on the court system here in Harris County, but it also did a number on evidence in a handful of criminal cases.
http://abc13.com/evidence-in-several-criminal-cases-destroyed-by-harvey/2457272/
Tweet
How do you feel about this post?
Happy (0)
Love (0)
Surprised (0)
Sad (0)
Angry (0)
Tags:
Big Three: Chain of Custody assault  kits altered evidence
Skeletal remains found in septic tank ID'd as woma...
Police announce arrest in Palm Desert 1993 cold ca...