a lack of leadership, poor training and mishandling of evidence in the county seat's police department. 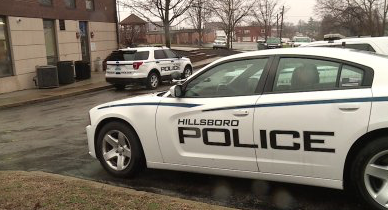 An eastern Missouri police chief has resigned and an officer has been terminated amid an investigation into theft allegations.

Hutt could not immediately be reached for comment. Phillips said the allegations surfaced after a few officers filed a grievance outlining their concerns.

Sheriff David Marshak said the criminal investigation into theft allegations was ongoing, but his department has sent an initial report to Phillips outlining several immediate concerns, including a lack of leadership, poor training and mishandling of evidence in the county seat's police department.