More than 2,500 rape kits from potentially viable cases currently sit unprocessed in police and sheriff evidence rooms across Indiana, a review of the untested kits has revealed. 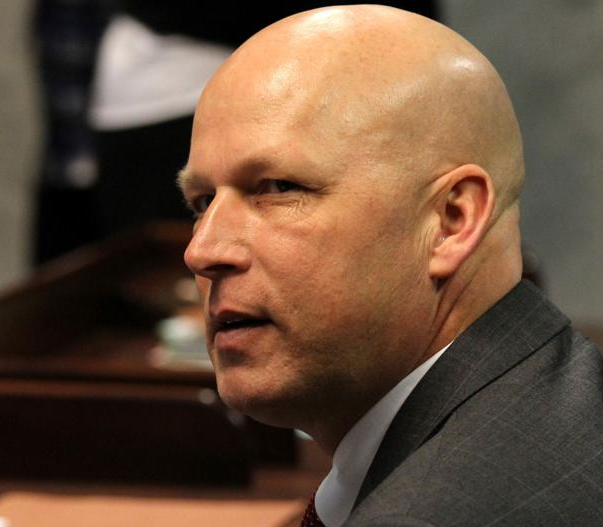 More than 2,500 rape kits from potentially viable cases currently sit unprocessed in police and sheriff evidence rooms across Indiana, a review of the untested kits has revealed.

The statewide county-by-county count of the number of untested rape kits took place over the summer and early fall through the combined efforts of the Indiana State Police and the Indiana Prosecuting Attorneys Council.

"We had no idea what the number would be and now we know and that gives us information and that gives us power to move forward," said Tracey Horth Krueger, CEO of the Indiana Coalition to End Sexual Assault, of the audit results.

Krueger joined state Sen. Michael Crider, R-Greenfield, at a press conference where the results of the audit, commissioned by lawmakers last spring, were announced. Crider had pushed for Senate Resolution 55 requiring the state police to audit the number of untested kits across law enforcement jurisdictions throughout Indiana.

Crider said he will propose legislation early next year to address the issues that led to the backlog of untested rape examination kits. However, because it is a non-budget year, his proposals won't include requests for new money but encourage officials to seek grants to test more kits.

After getting survey information from 91 of 92 counties, the audit found there were 5,396 rape kits in the custody of law enforcement that hadn't been tested. But not all were viable cases, said David Powell of the Indiana Prosecuting Attorneys Council.

Of those cases, 416 were from victims who didn't want to proceed, 1,669 were identified as false reports, and 751 were from cases that had already gone through the court system where the suspect might have confessed.

Powell said the goal of testing is to identify suspects and if the DNA is already in the system there is no reason to go through the time and expense of running the tests.

However, the count leaves about 2,560 kits from cases that will need to be reviewed by law enforcement and prosecutors to determine whether they should be tested and in what order.

Maj. Steve Holland of the state police lab said that to fully test all the elements in a sexual assault kit, which can include 15 to 20 samples, the cost can run from $750 to $1,250.

Crider said he expected the number of unprocessed rape kits to be higher, based on what he has heard from advocates and assault victims over the years.

"I didn't know. I requested the audit to try and find out. I'm grateful we have something we can quantify now," he said.

Krueger said she is optimistic that with an understanding of the problem, rape victims will begin receiving justice.

"Now we can begin looking at how the system is working, where are the gaps, how we are doing as a state that meet the needs of victims, and really that is the most important thing," she said.

The numbers, however, may not be complete. The report prepared by the state police noted that Marion County's number of 256 untested kits was not a specific count but a representation of untested kits in 2015 based on a 10-year average. The numbers in Lake, Madison and Pulaski may be incomplete because not all law enforcement agencies in those counties reported.

A statewide county-by-county audit found there were 5,396 rape kits in the custody of law enforcement that hadn’t been tested.
https://www.nuvo.net/news/thousands-of-rape-kits-go-untested-in-indiana/article_04e1d9ac-d9f8-11e7-91d8-3f92c7f350b8.html
Tweet
How do you feel about this post?
Happy (0)
Love (0)
Surprised (0)
Sad (0)
Angry (0)
Tags:
untested rape kits
Police chief resigns, officer terminated amid thef...
Rape suspect arrested in 1990s cold cases after fa...
Comment for this post has been locked by admin.