Maryland Sgt. Christopher Barnett, 45, stole three pills from a paralyzed woman after entering her home to question her about an unrelated case 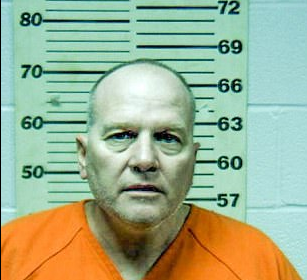 A Hagerstown police sergeant in Maryland has been arrested after stealing prescription opioids from a paralyzed woman, who caught him on video.

Sgt. Christopher Barnett, 45, stole the woman's pills after entering her home to allegedly question her about an unrelated case. When she alerted police, he returned to her offering replacement pills and $35 in hush money.

Barnett, who has worked for the force for 15 and a half years, has been placed on unpaid leave for his charges.

Police arrested Barnett on Thursday after receiving a video that showed Barnett distribute opioids and hush money to the woman he allegedly robbed.

Barnett first contacted the paralyzed woman at a residence in the Potomac Towers housing complex in Maryland to question her about a friend's brother.

The woman, paralyzed in a car crash, was prescribed oxycodone and OxyContin to control her pain and muscle spasms.

According to the woman, he asked to enter her home and began 'messing' around with two of her pill bottles. After he left, her friend checked the bottles and found three oxycodone pills missing. The bottle originally held seven pills as it was filled for seven days of usage.