Now over four decades later, police have finally made a breakthrough, 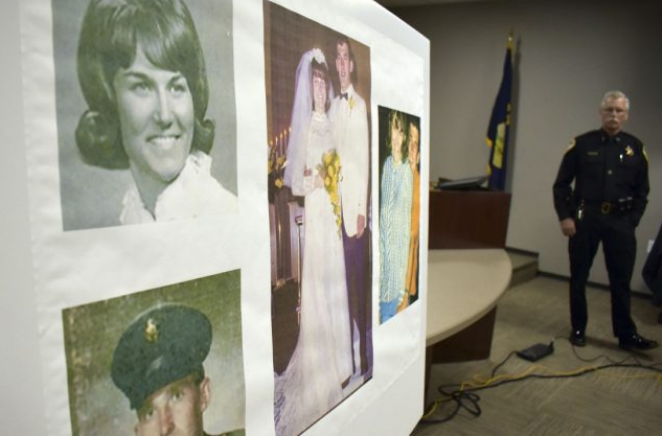 In 1973, a young couple was found dead in their home in Montana. Police investigated painstakingly for years, conducting hundreds of interviews, They even brought in a psychic to help but to no avail.

Now over four decades later, police have finally made a breakthrough, announcing on March 25 that they have identified a suspect for the murder of Linda and Clifford Bernhardt, who were both 24 at the time of their deaths.

"Today we can tell you that based on the evidence collected on the scene, which includes biological evidence and all the reasonable inferences taken from this evidence, we have determined that Cecil Stan Caldwell, a former coworker of Linda Bernhardt at Ryan's Inc. is the person responsible for the deaths of Linda and Clifford Bernhardt," Yellowstone County Sheriff Mike Linder said during a press conference on March 25.

Caldwell worked at the City of Billings Street Traffic Department and was a part-time driver for U.S. mail contractor Dallas Parkins. He died in 2003 at the age of 59, according to his obituary in the Billings Gazette. He did not have a criminal record.

Authorities said that Caldwell's name was in the investigative file but could not confirm whether he had been interviewed.

In 1973, a young couple was found dead in their home in Montana. Police investigated painstakingly for years, conducting hundreds of interviews, They even brought in a psychic to help but to no avail.
https://www.theepochtimes.com/police-solve-45-year-old-double-homicide-cold-case-using-dna-evidence_2854474.html
Tweet
How do you feel about this post?
Happy (0)
Love (0)
Surprised (0)
Sad (0)
Angry (0)
Tags:
West Coast cold case homicide
Former Grant Co. Detective Pleads Guilty to Steali...
Jewelry returned to owner after sitting in Laurens...