In any case, sounds like these defendants lucked out. 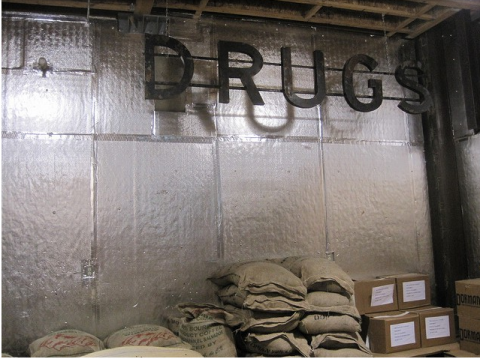 Thanks to the error of one Harris County Precinct 4 deputy, an untold number of accused drug offenders might be off the hook.

In January, Precinct 4 Constable Mark Herman said his office discovered that the deputy, whom Herman did not name, accidentally threw away a large amount of drug evidence while cleaning out the property storage room. Herman said the property room was so overfilled with years' worth of evidence that "you could barely close the door" — so he tasked several deputies with taking inventory and finding out what could be legally thrown out. "We had four or five people back there doing the right thing—and then we had this one person who evidently did his own thing."

And the trickle-down effect of that deputy's error is just now coming to light: Last week, the Harris County District Attorney's Office dismissed a possession of methamphetamine case against David Bellamy after the prosecutor discovered the drug evidence was missing, as KTRK first reported. Herman said there have since been two more dismissals. The deputy has been fired.

"Our employee that did this violated some very serious policies with our department, and I could not keep him after those serious policy infractions," Herman said, adding: "We're disappointed that he chose to do what he did."

Herman said his office believes all of the evidence affected only includes possession cases, not large-scale drug-dealing cases. They appear to range from relatively new cases to some "dating back a ways," Herman said. All evidence had already been tested at the Houston Forensic Science Center and was awaiting trials. Precinct 4 has given a list of all the missing drug evidence to the district attorney's office, which has been tasked with identifying which defendants the drugs are tied to. And from the looks of it, once those defendants are identified, they'll likely be free to go.

Herman could not estimate how many cases are affected. KTRK cited a law enforcement source who apparently told the news station that "hundreds" could be in jeopardy. However, Herman was unsure where that number came from and could not confirm. He referred that question to the district attorney's office.

When we asked DA's office spokesman Jeff McShan about the scope of the problem, along with several other related questions, he responded: "The only comment we have for the Houston Press is that we are reviewing all cases involving [Precinct] 4. We have NO other comment for the Houston Press at this time."

In any case, sounds like these defendants lucked ou

Tweet
How do you feel about this post?
Happy (0)
Love (0)
Surprised (0)
Sad (0)
Angry (0)
Cop who stole pills, cash gets 90 days in jail
Ohio sheriff accused of stealing drugs, tampering ...
Comment for this post has been locked by admin.