In the first case, after five years, the Massachusetts supreme court eventually forced state prosecutors to compile a list of affected defendants and ultimately dismiss 98.5 percent of the cases involved, with more than 21,000 drug convictions erased.Enter Headline here 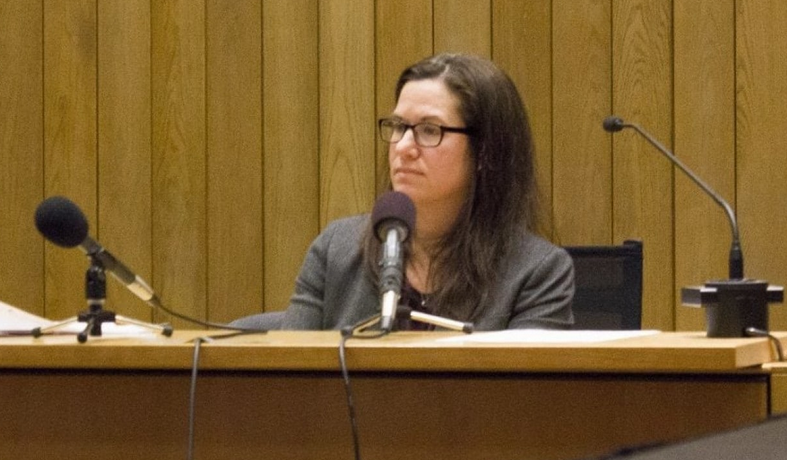 Twice in recent years, chemists used by the state of Massachusetts to test drugs in criminal cases committed massive misconduct in their testing, affecting tens of thousands of cases. And twice, prosecutors in Massachusetts failed to act promptly to notify most defendants of the problem.

Instead, the prosecutors have taken years to seek justice for the defendants affected by the bad drug testing in both episodes, causing some people to wrongly spend years in prison.

In the first case, after five years, the Massachusetts supreme court eventually forced state prosecutors to compile a list of affected defendants and ultimately dismiss 98.5 percent of the cases involved, with more than 21,000 drug convictions erased. In the second case, discovered in 2013 but still unfolding, a judge concluded recently that two prosecutors committed "intentional, repeated, prolonged and deceptive withholding of evidence from the defendants" and that "their misconduct evinces a depth of deceptiveness that constitutes a fraud upon the court."

The two prosecutors, former assistant attorneys general Anne Kaczmarek and Kris Foster, have since moved on to higher-paying jobs elsewhere in the state government. But still no steps have been taken to fully identify the thousands of cases handled by Sonja Farak, a chemist who admitted that she was high nearly every day while analyzing drug samples submitted by police from 2005 to 2013, and who has already been convicted and served her time. In many cases, authorities can't retest the drugs that Farak originally certified because, well, Farak used them.

So last month, the state public defender agency and the American Civil Liberties Union sued the Massachusetts attorney general and all 11 district attorneys, seeking a list — and dismissal — of all Farak-related cases, based not only on her misadventures but also the "egregious prosecutorial misconduct" by the state attorney general's office. It has now been 4½ years since Farak's arrest in January 2013.

"I have no idea why they haven't given us a list" of defendants, said Rebecca A. Jacobstein of the Committee for Public Counsel Services, which oversees public defenders and appointed defense counsel in Massachusetts. She noted that in August 2016, the state's district attorneys conceded that Farak's actions warranted "a conclusive presumption of misconduct" in all of her cases, but still "no identifications were made and no notices went out." Farak pleaded guilty in 2014, and defense attorneys then discovered that her in-lab drug abuse had gone on for years, not months.

Marian Ryan, the district attorney of Middlesex County, Mass., and head of the state district attorneys' association, declined to be interviewed. She issued a statement after the suit was filed acknowledging that identifying and notifying the Farak defendants was the prosecutors' responsibility. She said all 11 district attorneys "are working to ensure that all defendants who may have been adversely affected are identified," but she would not answer questions about why this had not occurred after 4½ years.

In 2013, the district attorneys' association issued a statement shortly after Farak was arrested, saying that prosecutors were "committed to ensuring that the rights of all defendants are properly respected" and would "remain proactive in identifying cases, notifying defense counsel and bringing them before the court." But it hasn't happened.

At least some of the thousands of defendants in the Farak-related cases were convicted or served extra years in prison because the prosecutors said Farak's drug abuse had lasted only six months, a claim that judges then accepted in refusing any challenges to Farak tests conducted before summer 2012. The state attorneys general then blocked any attempts by defense attorneys to determine the span of her misconduct, court records show, discouraged any investigation of Farak by the inspector general and did not launch an investigation into the extent of her misconduct until ordered to do so by the state supreme court. That resulted in a report in 2016, three years after her arrest, documenting for the first time Farak's eight-year daily drug abuse inside the lab.

Meanwhile, a dogged defense attorney in western Massachusetts, Luke Ryan, kept pushing to see the contents of Farak's car. In October 2014, after Kaczmarek had left the attorney general's office, he was granted access. He discovered not only Farak's notes indicating drug abuse at least back to 2011, but also lab records showing that the machines used to test drugs were issuing faulty reports.

All of this led to a six-day hearing in December 2016 on the prosecutorial misconduct of Kaczmarek and Foster, and then a scathing 127-page order in June by Superior Court Judge Richard J. Carey. Carey concluded that Foster's denial "of having made any mistakes underscores her lack of a moral compass" and that her and Kaczmarek's conduct was "reprehensible and magnified by the fact that it was not limited to an isolated incident, but a series of calculated misrepresentations. The ramifications from their misconduct are nothing short of systemic."

Carey granted individual motions for dismissal or other relief from seven defendants. But Farak tested drugs from cases around Massachusetts, and those cases weren't considered by Carey.

Jacobstein said that the attorney general's office had provided some lists of cases tested by Farak but that they were incomplete, with no case numbers or co-defendants. Some of the 11 district attorneys in Massachusetts have provided some lists of Farak defendants, and the public defenders were in negotiations with the prosecutors for a full list, but those were stopped until a ruling issued from Carey. His blistering opinion of the actions of the attorney general's office has sparked not only the lawsuit demanding action but also a bar complaint from the Innocence Project against Kaczmarek and Foster.

Jillian Fennimore, a spokeswoman for Massachusetts Attorney General Maura Healey, who took office in 2015, said, "Farak's crimes were egregious, and her actions undermined the integrity of our justice system." Fennimore said that "for many months now, our office has been actively working with the district attorneys to help them identify, review and resolve all of these cases as quickly as possible and provide appropriate relief to defendants affected by Farak's misconduct. We all agree they deserve a quick and fair solution and look forward to closing this troubling chapter for Massachusetts."

Kaczmarek is now a magistrate in Suffolk County, Mass. Foster is now the general counsel for the state alcoholic beverage commission. Neither returned phone and email messages seeking comment. Kaczmarek told the Boston Globe after Carey's ruling: "I am proud of my 16 years of working for the people of Massachusetts. I disagree with the Court's decision and the characterization of my conduct in this case."

Farak was the second drug chemist in Massachusetts within a year to be imprisoned for misconduct on the job. The first, Annie Dookhan, was arrested in 2012 and admitted in 2013 falsifying or not performing drug tests for eight years at a lab in Boston. In April of this year, state prosecutors dismissed more than 21,500 drug cases in which Dookhan had certified the content of the drugs. [In June, Dookhan was ordered to pay $2 million to a man who was wrongly convicted and imprisoned because of her false testing.] Though prosecutors were slow in compiling a list of Dookhan-related cases, they did move quickly on cases in which defendants were still incarcerated and, eventually, agreed to a process of notifying and handling the years of tainted cases.

But that hasn't happened in the Farak episode.

After co-workers at the drug lab in Amherst, Mass., discovered missing drug samples and Farak was arrested in January 2013, the state attorney general's office was assigned to prosecute her, rather than a local district attorney. Kaczmarek, the same assistant attorney general who prosecuted Dookhan, was selected to handle the Farak case.

[When a state's drug chemist lies for years, should all her cases be thrown out?]

State officials were quick to assure the public that Farak's case was not a repeat of the Dookhan fiasco. Initially, authorities reported that only two cases were affected by Farak. "The most important take-home, I think, is that no individual's due process rights were compromised" in the Amherst lab, Massachusetts's Gov. Deval Patrick (D) said. "They were just wrong," Ryan said.

Before long, defense attorneys who had cases involving Farak's drug testing began seeking information about her drug use and how it might have affected their clients. Some of the cases were already completed, but some were pending. Within weeks of her arrest, a Massachusetts State Police investigator informed Kaczmarek that he had found handwritten work sheets in Farak's car indicating her drug use dated at least to 2011. But Carey found that "by the summer of 2013, Kaczmarek had determined that the attorney general's office was not going to give the mental health work sheets to the drug lab defendants." Though in an internal memo, Kaczmarek wrote to her bosses that "case law suggests, however, that the paperwork is not privileged" and, therefore, not able to be withheld from defense attorneys.

At the same time, there were questions about who would investigate the drug lab in Amherst where Farak had worked. Court records show Kaczmarek sent an email to the senior counsel at the state inspector general's office saying, "Audrey — when they ask you to do this audit — say no." Her friend, Audrey Mark, responded, "Am I allowed to say no???" Kaczmarek responded, "I should have. It's pretty far," meaning nearly 100 miles from Boston. Carey found that "Kaczmarek improperly discouraged such an investigation," and no one took a deeper look into the Amherst lab until more than two years later.

In the summer of 2013, Ryan and other defense attorneys subpoenaed Kaczmarek and the lead police investigator, seeking to view the evidence found in Farak's car, which included more than 5.5 grams of cocaine and a rock of crack, as well as "assorted lab paperwork," the search warrant showed. Foster, a new assistant attorney general and a former assistant district attorney, was assigned to fend off the subpoenas. She filed a motion saying the evidence shouldn't be turned over because it was part of an ongoing investigation — Farak hadn't pleaded guilty yet — and that some of it was "privileged."

But in a hearing in September 2013, Foster admitted that she hadn't even looked at the case file and hadn't brought it to court. Superior Court Judge C. Jeffrey Kinder ordered Foster to provide him all the documents she thought should be withheld, for his review and ruling. Instead, a week later, Foster wrote the judge a letter and said that "every document in [the state police file] has already been disclosed" to the defense. Kinder held another hearing, and Foster assured him again that all of the investigative files had been provided to the defense. Foster would later testify that she made these statements because Kaczmarek falsely told her they had been produced.