Teams are typically made up of a team leader, photographer, sketcher, evidence custodian, evidence collectors or searchers and specialists. Specialists have epxertise in hazardous materials, structural engineering, anthropology, botany, entomology and more. 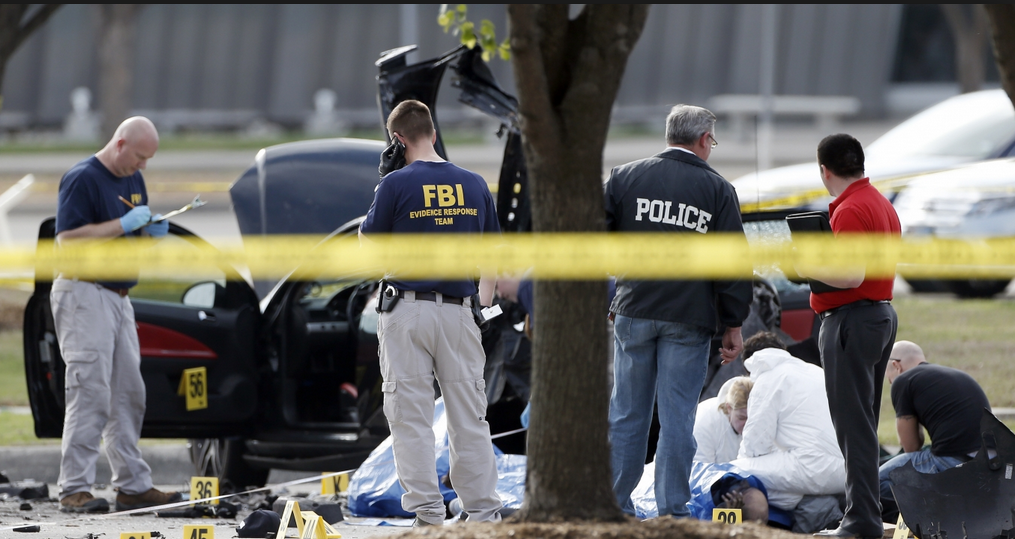 While it's not as glamorous a job as the TV show "CSI" makes it seem, investigating crime scenes is a passion for members of the Federal Bureau of Investigations' Evidence Response Teams.

Special Agent Cheryl Hinderer leads the FBI's Seattle-based Evidence Response Team, and her work brings her to rural areas across the state, including most recently to Mason County.

The FBI is assisting the Seattle Police Department, the Mason County Sheriff's Office and other local law enforcement agencies with the ongoing investigation of the elderly Emery brothers, who were charged in August with possessing images of minors in sexual conduct.

Law enforcement agencies are still investigating the Emery brothers — Charles Emery, 82; Thomas Emery, 80; and Edwin Emery, 78, all of whom live in Seattle — for other potential crimes, including child pornography, sexual assault, kidnapping and murder.

Last month, investigators descended on the Shelton home of an older, deceased brother, Don Emery, and without the help of the FBI, local agencies would have been overwhelmed, said Mason County Sheriff Casey Salisbury.

"It is very disturbing stuff because of all the things that may have happened," Salisbury said. "Everybody thanks (the evidence response teams) for their contributions. We owe it to the victims of these crimes to find out what happened here and take care of these families."

Salisbury invited Hinderer to his monthly law enforcement breakfast, Sept. 29, at Little Creek Casino Resort in Shelton, to give an update on the case and provide an overview of the resources that the FBI has to offer small law enforcement agencies.

Hinderer worked 11 years in the Seattle Police Internet Crimes Against Children taskforce before heading up the FBI's Evidence Response Team in Seattle.

Evidence Response Teams go out and evaluate crime scenes that have federal ties, such as scenes related to terrorism, or large cases that local law enforcement agencies might not have the resources to handle, such as kidnappings or shootings.

"Whenever we show up to a scene … it's never our intention to run your case for you," Hinderer said. "We don't do that. We're kind of client-based and service-oriented."

The FBI has 56 field offices across the United States, and each one has at least one Evidence Response Team, made up of at least eight members.

In Washington, there are three Evidence Response Teams that cover the entire state; in Seattle, there are 24 team members.

The team members are mostly volunteers who work for the FBI in other capacities but serve on the Evidence Response Team on an on-call basis, as crimes come up.

The Seattle office has only one full-time team member, Hinderer.

"Everybody else has a full-time job," she said. "These are analysts, field photographers, special agents in terrorism, etc. They drop everything they're doing and come out and help."
Crime scenes can take hours and hours to evaluate, Hinderer added. Photographers take photos of everything on scene before other agents come in to evaluate.

"We've never been to a crime scene that's like the one we've had before," she said. "Every single one is different."

Basic training to work on the team involves an 80-hour training at FBI headquarters at Quantico in Virginia, as well as a 40-hour post-blast investigation training for scenes involving explosions.

"Everyone gets trained the same way," Hinderer said.

Teams are typically made up of a team leader, photographer, sketcher, evidence custodian, evidence collectors or searchers and specialists. Specialists have epxertise in hazardous materials, structural engineering, anthropology, botany, entomology and more.

The Seattle Evidence Response Team has been deployed nationally, including to the Washington, D.C. sniper case and the Sept. 11 terrorist attacks, as well as to regional cases, including the Lindsey Baum kidnapping and the attempted bombing during a Martin Luther King Jr. march in Spokane.

"These scenes can get really big, really quickly," said Hinderer, referring to shootings at Pulse nightclub in Orlando and the Auroro, Colorado, movie theater shooting. "We want to ask, what can we do for you? What can we take off your plate?"

"You aren't going to get a bill at the end of the day," Hinderer added. "We can send you the resources you need."