The DNA profile of a man has been charged in connection with the 1996 rape of a 15-year-old girl in Akron. 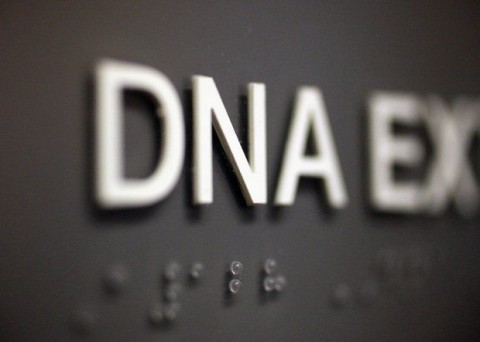 KRON, Ohio — Prosecutors filed a rape charge against a DNA profile in a 20-year-old cold case rape of a teenage girl walking home from babysitting.

Akron police sent the attacker's DNA from a rape kit to the Ohio Bureau of Criminal Investigation, who now have the man's DNA profile in their system.

The John Doe charge was filed ahead of the 25-year statute of limitations on rape cases in the hopes that investigators one day will be able to link someone's DNA profile to the ones obtained in rape kit.

The then-15-year-old girl on June 4, 1996 was walking home from babysitting on Kelly Avenue near the Interstate 76 ramps.

The man grabbed the girl and dragged her to another area before raping her, according to court records.It's the fourth John Doe rape charge filed against in connection with a 1996 rape this year and the seventh Akron prosecutors have filed since 2014.

One was for a man who abducted a 14-year-old girl walking home from Aldi's supermarket on West Thornton and South Main streets. The girl was raped in a vacant house.

The second rape happened Aug. 23, 1996. A 25-year-old woman reported about 2:30 a.m. that she was walking home from a friend's house at Noah Avenue and Lawton Street. A man pulled up next to her, asked for directions and abducted her. The man drove her into Fairlawn and sexually assaulted her.

Another charge was filed against a man who raped a woman Feb. 17, 1996 in the 600 block of Howard Street after the victim got into the man's car.Prosecutors in February 2015 filed charges against the DNA profile of a rapist in a March 12, 1995 rape.

In that case, a man grabbed a then-20-year-old woman as she walked in the 300 block of East Exchange Street. The attacker took her behind a nearby business, threw her down a flight of stairs and raped her.

DNA profiles were also charged for a July 8, 1994 rape in the 800 block of Berwin Street and another on March 27, 1994 on East Tallmadge and Schiller avenues.

Tweet
How do you feel about this post?
Happy (0)
Love (0)
Surprised (0)
Sad (0)
Angry (0)
Tags:
cold case DNA profile
Grim Sleeper serial killer sentenced to death
Rape charge filed against DNA profile of man who a...
Comment for this post has been locked by admin.