More than 12,000 untested rape kits were discovered in evidence lockers and other places throughout the MPD in 2013. Some of the oldest kits dated back to 1976. 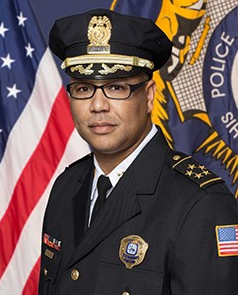 The final, untested rape kits from the city's backlog of more than 12,000 should be sent to labs for review in a few months, Memphis City Council members were told Tuesday.

Memphis Police Department (MPD) director Michael Rallings said his team is sending an average of 200 untested kits to labs per month. At that rate, said council member Martavius Jones, the remaining 1,000 or so kits should be tested by mid-year.

More than 12,000 untested rape kits were discovered in evidence lockers and other places throughout the MPD in 2013. Some of the oldest kits dated back to 1976.

After the kits were discovered, a task force was convened to begin the massive project of sorting and testing the kits, and then investigating and prosecuting the individual cases form them. Task force members have reported their progress in monthly updates to the council.

On Tuesday, council member Worth Morgan asked Rallings if he was satisfied with progress on the project in 2016. Rallings said his department works on the backlog everyday and will take 2016 "as a win."

"We went from being a disaster to a model for the nation," Rallings said. "[People come] and say, 'how in the world did y'all get this done?'"

Here are some of the numbers on the progress Rallings showed council members Tuesday.

The final, untested rape kits from the city’s backlog of more than 12,000 should be sent to labs for review in a few&nbsp; months, Memphis...
http://www.memphisflyer.com/NewsBlog/archives/2017/01/17/rape-kit-backlog-testing-to-finish-this-year
Tweet
How do you feel about this post?
Happy (0)
Love (0)
Surprised (0)
Sad (0)
Angry (0)
Tags:
rape kits rape kit backlog untested rape kits
DNA evidence helps Colorado Springs police ID dead...
Roane sheriff pleads guilty in meth theft, resigns
Comment for this post has been locked by admin.