Williams had been charged with grand larceny, for stealing more than $1,000 in evidence, including methamphetamine. 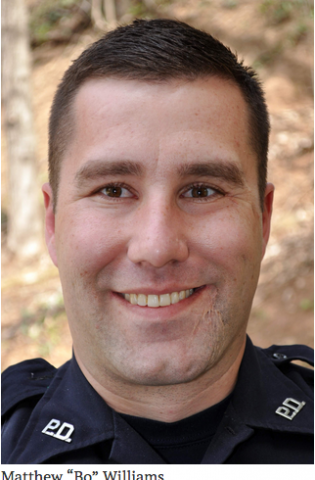 Newly-elected Roane County Sheriff Matthew "Bo" Williams admitted in court Wednesday that he stole methamphetamine from an evidence locker at the Spencer Police Department while he was an officer there.

Williams also resigned as sheriff after less than three weeks on the job.Williams, who was with the Spencer Police Department before winning the election, pleaded guilty to a charge of entering without breaking, a felony, said Roane County Prosecuting Attorney Josh Downey.

The charge carries a possible sentence of one to 10 years in jail, Downey said.

Williams' case is being handled by Pat Lefebure, of the Wood County Prosecutor's Office, Downey said. Lefebure was appointed because of Downey's conflict of interest, he said. Downey is related to Williams by marriage, he told the Gazette-Mail.

Williams had been charged with grand larceny, for stealing more than $1,000 in evidence, including methamphetamine.

Downey also had filed an emergency petition against Williams to keep him from physically entering the sheriff's office. That petition was dismissed because, as a part of Williams' bail, he no longer is allowed to be a police officer or to enter the office, Downey said. Williams is giving up his credentials to be a police officer.

"A convicted felon is not allowed to carry a firearm, either," Downey said.He said the Roane County Commission plans to meet Friday to formally accept Williams' resignation and appoint an interim sheriff.

An email to County Commission President Melissa O'Brien and a call to Commissioner Randy Whited went unanswered Wednesday.Williams was elected to serve as sheriff on Nov. 8. He was placed on leave from the Spencer Police Department on Nov. 25 and resigned from the department on Dec. 12.

The County Commission will appoint a permanent sheriff within 30 days, Downey said. The new sheriff will be in office until the 2018 election cycle, he said. Earlier this month, the commission took a step toward removing Williams from office, approving a resolution stating that any county officer can be removed for incompetence, including addiction to narcotics.

The resolution also noted that, on Nov. 25, Williams admitted that he took methamphetamine from the Spencer Police Department and that he had a year-and-a-half-long addiction to methamphetamine. - See more at: http://www.wvgazettemail.com/news-cops-and-courts/20170118/roane-sheriff-pleads-guilty-in-meth-theft-resigns-#sthash.qzstbTfa.dpuf