ALBANY — Hundreds of rape kits are sitting untested in New York State Police crime laboratories as standards are being skirted, a situation that's left law enforcement officials also questioning whether the labs can keep up with new pre-trial discovery rules.

A law passed in 2016 placed requirements on how much time law enforcement and crime labs had to collect, process and return the kits. It also instituted increased reporting requirements meant to streamline the system and increase the accountability of the labs and law enforcement agencies. As of August 2019, over 1,500 kits were still in the possession of State Police, according to records obtained by the Times Union.

The rape kits are usually collected by specially trained medical staff at hospitals in cases in which victims, most often women, allege they have been sexually assaulted. The invasive procedure can last more than five hours and includes taking swabs, photographs, hair, blood and urine samples, scraping fingernails for evidence and conducting full pelvic exams.

Three years after the law went into effect, the Division of Criminal Justice Services has also failed to publish an annual report of rape kit inventories for 2019, which was required to be delivered to the Legislature by Jan. 1. The 2018 report, which had been overdue for more than a year, was published last week, a day after the Times Union asked DCJS officials why it hadn't been published.

Under the new statutes, law enforcement agencies and crime laboratories are supposed to submit quarterly figures for how many rape kits they've collected, sent to laboratories and received back. DCJS collects that data and compiles it into a yearly report. For the first report compiled for part of the 2017 calendar year, only 434 of the 604 state law enforcement agencies submitted data. In 2018, that number rose to 534 of 604 agencies submitting data.

Mishandling of rape kits, which are used to collect DNA evidence after a possible crime, is a pervasive problem across the country. In 2000 New York had a backlog of over 17,000 kits, leaving victims without answers and potential offenders not held accountable. DNA analysis technology has improved immensely over the last decade, and many times, old kits are tested and DNA evidence is linked to the perpetrator in another case.

In 2016, the state Senate passed a bill by then-Sen. Kemp Hannon, R-Garden City, that put in place most of the statues requiring the testing of all rape kits and yearly reports on inventories. Assemblywoman Aravella Simotas sponsored the bill in the Assembly. Hannon said he never could point to exact reasons why officials denied the existence of backlogs and couldn't take steps to clear them.

"Whatever the circumstances were, they were real," Hannon said. "In other words, people were very reluctant and the belief of criminal justice folks was that they didn't have a backlog."

Hannon's legislation passed the Legislature unanimously and was signed by Gov. Andrew M. Cuomo. Hannon lost reelection in 2018, but before then he pushed for additional statutes on rape kits that were included in a sexual assault bill of rights.

One of the entities instrumental in helping craft the 2016 legislation was the Joyful Heart Foundation, which advocates to clear kit backlogs across the country. Director of Policy and Advocacy Ilse Knecht has been working on the issue for more than a decade and says while New York's laws are fairly strict, the issue comes down to resources.

"We would expect the lab to be their own cheerleaders and go out and ask for money so they can reach this," Knecht said. "If they aren't getting to the 90 days, they need to do something about it"

According to Knect, the policies enacted by New York are similar to other states, but other systems are more centralized and outfitted with more resources. Twenty-three states now require a tracking system, similar to those used to track packages in the mail, giving victims the ability to see where their kit is at any point. Law enforcement agencies are also required to submit every kit for testing, which has, in a few cases, revealed connections to other DNA tested in other cases, sometimes leading to the identification of serial offenders.

The statute in New York also places a mandatory time frame in which labs must process the kits. Knect says in most states, that timeframe is 30 days, but New York allows a 90-day window to test, process and return the kits to the agency that submitted it.

Eight counties, including New York City, have their own crime labs which process rape kits, but the rest of the state sends their kits to a State Police lab. Some of those labs are located in higher populated areas including Buffalo, Rochester, Syracuse and Westchester County, though law enforcement agencies in those counties can still send their kits to the State Police, as Onondaga County did to try and alleviate their own backlog in 2017. 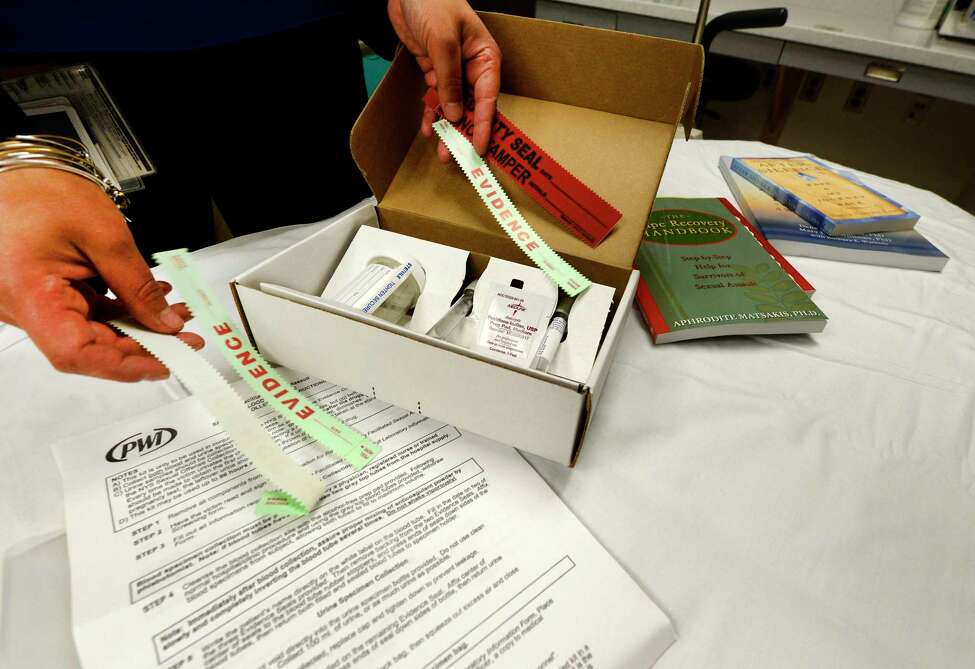