Nearly 40 years later, the 70-year-old man has a slew of powerful voices behind him as he fights to correct the injustice of having spent more than half of his life in prison for a grisly double murder he didn't commit. 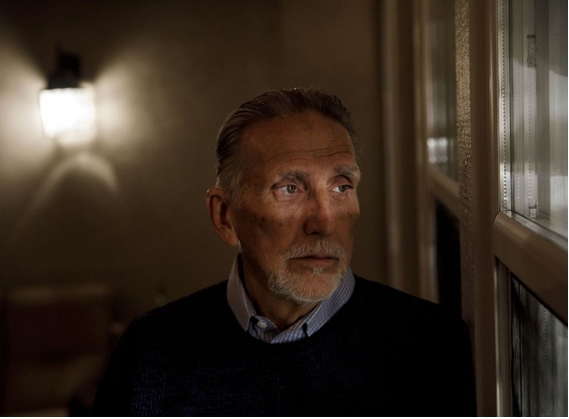 For years, from inside a cell at Folsom State Prison, Craig Coley couldn't get anyone to listen.

But his message was clear and consistent: He was innocent. The killer who actually raped, beat and strangled his ex-girlfriend and smothered her 4-year-old son in her Simi Valley apartment Nov. 11, 1978, was still out there.

"I couldn't get anybody's ear," Coley recalled. "They were done, they put me away and they were moving on to other things."

Now, nearly 40 years later, the 70-year-old man has a slew of powerful voices behind him as he fights to correct the injustice of having spent more than half of his life in prison for a grisly double murder he didn't commit.

They include the district attorney of the agency that prosecuted him, the chief of the police force that arrested him, a judge who found him factually innocent and the California governor who exonerated him.

On Thursday, the California Victim Compensation Board joined that list. The board voted unanimously that Coley should receive a nearly $2-million payment, or $140 for each of the 13,991 days — more than 38 years — he was wrongfully incarcerated.

In its decision, the board said it "unequivocally accepts that Coley is actually innocent" of the murders.

"But for these convictions, Coley would not have spent 13,991 days 'illegally behind bars, away from society, employment, and his loved ones,'" the board said, citing language the panel follows in deciding when to make such awards.

After the hearing, Coley said that although no one can return 38 years of his life, he was pleased with the decision.

"I don't have that many years left. I want to travel a little bit, I want to see some friends that I haven't seen in a long time. There's a lot of things that I want to do," he said. "When somebody's factually innocent, they're somewhere they shouldn't have been for 38 years, I think it's rather obvious that a grave mistake was made."

Coley's claim will now move to the Legislature for consideration, a process that his attorneys have requested be expedited.

"Every day that he doesn't have this sense of security, financially, is another day of injustice," Ron Kaye, an attorney representing him in the claim, said after the hearing.

The payment would mark the board's largest payout for an erroneous conviction, according to Janice Mackey, a board spokeswoman.

The second-largest sum went to Kash Delano Register, who was awarded $1.7 million after he spent 34 years behind bars for the 1979 murder of an elderly man in West Los Angeles. Register received an additional $16.7 million as part of a settlement with the city of L.A.

Coley has yet to file a lawsuit, but his attorney said he intends to do so.

The victims were discovered by a relative who grew concerned when Rhonda Wicht didn't show up for a family get-together. The 24-year-old had been strangled with an 11-foot macrame rope, her son smothered in his bed.

Coley, who was going through a breakup with Wicht, was held for questioning that day and ultimately charged with the two murders.

A key witness against Coley was Wicht's next-door neighbor, who said she heard banging noises and saw Coley's truck parked outside the apartment complex the morning of the murders. She testified that someone with medium-length hair drove it away.

Another neighbor who lived downstairs told jurors that he heard noises from Wicht's apartment at 5:30 a.m.

There was no sign of forced entry, and Coley had a key.

At Coley's first trial, jurors spent four weeks deliberating before announcing they were hopelessly deadlocked 10 to 2 in favor of guilt. A second jury convicted him of two counts of first-degree murder in 1980, and he was sentenced to life in prison without the possibility of parole.

"I didn't lose hope, sometimes it was stronger than others," he said. "I don't think I ever really doubted that I would get out."

One of Coley's fiercest, earliest and perhaps most unlikely allies was Michael Bender, a detective with the law enforcement agency that put him away.

In 2015, after decades of pleading for someone to reexamine the case, Bender said he caught the right ear in Gov. Jerry Brown's office. A year later, Simi Valley Police Chief David Livingstone also launched an investigation, just as he was taking the helm of the department.

In Coley's claim for compensation and other court filings, his attorneys and prosecutors detailed troubling inconsistencies in the evidence against him.

The neighbor who heard noises from downstairs first told police, hours after the murders, that he heard the commotion not at 5:30 a.m., but an hour earlier, exactly when Coley, who worked as a night manager at a restaurant, was out socializing with former co-workers. Coley dropped one off at 4:45 a.m.

The new investigation also raised questions about Wicht's next-door neighbor's claim that she had seen a man matching Coley's description drive away the morning of the killings. Exactly 39 years after Wicht's murder, detectives returned to the neighbor's apartment to peer out her window.

There was no way, they concluded, that she could have seen from her window whoever was inside a truck parked outside. It would have been difficult to see the distinctive diamond stripe she claimed to have noticed on the truck's side at that hour. There simply wasn't enough light.

Investigators also learned Wicht was associating with people who had histories of sexual and violent conduct. But the most indisputable finding that supported Coley's innocence came when detectives located DNA evidence once thought destroyed.

A piece of Wicht's bedsheet the night she was found dead contained another man's sperm, along with a man's epithelial cells. It's unclear whether they belong to the same person, but Coley's DNA was not found on the sheet.

Investigators also tested stains, blood and semen on a child's Mickey Mouse T-shirt that police at the time said they discovered in a pile of dirty clothes during a search of Coley's apartment after the murders. New tests on the shirt revealed the boy's DNA, as well as the sperm of several individuals. None of them matched Coley.

According to Brown's pardon, three current and former police officers told his office that the detective at the time had "mishandled the investigation or framed Mr. Coley." The pardon did not identify the detective.

"Based on our experience, there is a very high probability of police misconduct that underlies this tragic conviction," Kaye, Coley's attorney, said. "And we're going to get to the bottom of it."

Coley was released from custody Nov. 22, 11 days after investigators revisited the crime scene. Prison officials gave him a prepaid debit card worth $200 and dropped him off at Bender's home in Carlsbad.

They stopped at In-N-Out, where Coley had a burger, a milkshake, a Dr. Pepper and some fries. Later they picked up a drink from Starbucks. "I had never had one," Coley said. "It was a pleasant ride."

But for a month, Coley was too scared to leave the house. He didn't have an ID or a birth certificate, and he worried about getting stopped by police.

Eventually Coley got his documents, along with a cellphone and a driving permit.

"I haven't had time to be bitter about anything," Coley said. "I've got to move forward, and enjoy the life I have left."

5 p.m.: This article was updated with information about the second-largest payment.

12:20 p.m.: This article was updated with details from the hearing.

This article was originally published at 7:30 a.m.