At least 12 people had keys to the evidence room 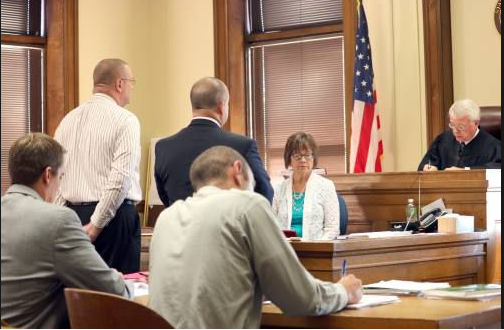 CADILLAC — A retired Michigan State Police sergeant cleared of wrongdoing in an embezzlement case was sentenced to serve two years in prison on a firearms charge Monday in 28th Circuit Court.

Malcolm Lindsey Irwin, 53, of Cadillac, was told by Judge William Fagerman as he was handing out his sentence that he knew why Irwin did what he did, and if Fagerman had any discretion over the matter, he would not be imposing incarceration.

It took a jury of 12 people a little less than two hours in August to find Irwin not guilty on two embezzlement charges, including embezzlement by a public official over $50 and embezzlement by an agent or trustee of $1,000 or more but less than $20,000. The jury, however, did find Irwin guilty of police officer resist, obstruct, opposing or endangering and felony firearms, both of which carry a maximum sentence of up to two years in prison, but the firearm charge is a mandatory two years with no discretion by the sentencing judge.

While Irwin received two years in prison with two days credited, Fagerman did not give any time for the assault, resist, obstruct conviction because Irwin would have had to serve that sentence before serving the two years associated on the felony firearms conviction.

Prior to his sentencing, Irwin addressed the court. He told Fagerman that he served his state, community and country "honorably," and during his decades in law enforcement, he carried a gun both on and off duty responsibly, similar to how someone might carry their wallet.

On the day of his arrest, Irwin told the judge he "lost rational thought," but he never thought he could have hurt anyone else at the scene other than himself. It was only when his wife pleaded with him that he was able to snap out of it and surrendered.

Irwin also said once in custody he apologized to police and even called the trooper who arrested him to apologize personally.

Irwin's counsel, Stephen King, said the sentence handed down Monday saddened him because the incident that resulted in the prison sentence should have never happened, as the jury found him not guilty of embezzlement.

"The incident occurred after 2 1/2 years of being hounded for something he didn't do," King said. "He never did anything that indicated he was a flight risk. There was no need for a fugitive team."

Irwin was originally facing up to 10 years in prison and fines as high as $10,000 if convicted of the embezzlement charges.

The charges against Irwin were issued after a lengthy investigation beginning in March 2014, when the money was discovered to be missing. Because the theft occurred in Cadillac, the case was submitted to the Wexford County Prosecutor's Office, but the Michigan Attorney General assigned the case to the Grand Traverse County prosecutor due to a potential conflict of interest. Cooney was appointed in January 2015.

The charges stemmed from an incident on March 18, 2014, which was reported to Cadillac post commander First Lt. David Street. About $9,600 was missing from the post property room, and a subsequent search and audit confirmed the money had been stolen. Detectives from the MSP 6th District Special Investigation Unit were assigned to investigate the larceny. At the time, Irwin was the sergeant in charge of the property room.

During the August trial, themes of need, opportunity and willingness were the focus by both sides. For the prosecution, the case against Irwin revolved around facts that showed financial burdens and problems with gambling as well as Irwin's job as manager of the post's property room providing the opportunity.

King, however, focused on showing the jury there were more than 40 people who had access to the state police post after hours, and at least 12 people had keys to the evidence room. He also said there was nothing that would deter that evidence room key from being copied at any business where keys could be made.

King also argued the door to the evidence room didn't always close and latch and how the drawer in the filing cabinet where the missing money was taken was clearly marked with the word "Money." He also argued while there were others who could have been investigated, detectives focused on Irwin.

Calls were made and an email was sent to Grand Traverse Prosecutor Robert Cooney seeking comment on the sentencing but were not immediately returned Monday.

Although disappointed in the not-guilty verdicts on both embezzlement charges, Cooney said previously in August he appreciated the jury's time spent on the trial, and he respected the verdict. He also said in spite of the claims by King during the trial that there were multiple people who should have been investigated, it was his office's belief that there was only one suspect in this case.

For that reason, Cooney said he was not planning on opening any further investigation on other potential suspects, and after the jury's verdict, he considers the case closed. 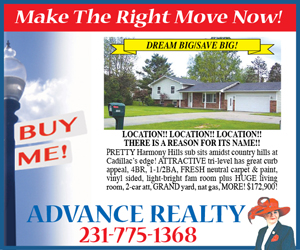