"It's really crazy I never thought I'd see the gun again ever. 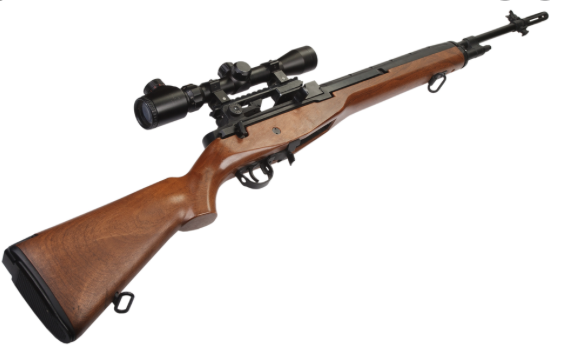 ST. LOUIS — More than 4 decades ago, someone stole Clyde Smith's .30-06 hunting rifle. On Thursday, Smith got it back.It was stolen in 1974 from his Jefferson County home.

"It's really crazy I never thought I'd see the gun again ever. We had gone on vacation to Table Rock Lake and they broke in through the basement of the house, stole it and two other shotguns and my wife's jewelry," Smith said when Jefferson County Sheriff's Department called to tell him they had his rifle in evidence.

The Sheriff's Department said smith could come to the station to get it. Smith thought it was a scam call. Turns out it wasn't.

"Deputy Morgan who is one of our evidence custodian's started doing some backtracking," Jefferson County Sheriff's Department Spokesperson Grant Bissell said. "He looked at the report from 2009. He realized, okay we are going to have to do a lot of digging on this because reports from way back in the 70s are on a microfilm, stuff they had to get a special machine to read."

The Jefferson County Sheriff's Office shared the news on Facebook. A department spokesman tells FOX2 that the rifle was recovered as part of an unrelated 2009 investigation and had been in evidence.

"These days, our evidence division is working hard to return stolen property whenever they can to the rightful owner," spokesman Grant Bissell told FOX2 via email. "Yesterday's story was a result of their hard work."

"It looked the same, I'd forgotten what it looked like really, and the memories all came back," Smith said. "I bought a new carrying case for it and that and something to store it with so it'll be kept nice."

Smith said he'd only had the rifle for about 4 years before it was stolen. He bought the rifle to deer hunt but said his knees don't let him get around like he used to.

"I'll pass this gun down to my son, and I'm sure he'll appreciate it his whole life because he knows the value of a rifle is more than just a dollar sign," Smith said. "I have another rifle that was passed down to me from one of my brothers and he got killed in WWI, it's a 22 rifle and he was a good shot and everything and I ended up with that rifle so I know its worth something to have a gun passed down to you."

"I think this is just a small example of what happens across this department on a daily basis that doesn't get noticed," Bissell said.

Commenters on the Facebook post noted that despite the age of the weapon, it appeared to be in good condition despite its journey.

"I was really surprised, its really in excellent shape, it looks like new really," Chris said. "The leather strap, the metal, the wood all looks good, scope looks good, everything looks good."

Enter some description here...
https://fox2now.com/news/rifle-reunion-jefferson-county-sheriffs-office-returns-rifle-stolen-more-than-40-years-ago/
Tweet
How do you feel about this post?
Happy (0)
Love (0)
Surprised (0)
Sad (0)
Angry (0)
P21 million worth of illegal drugs ‘cremated’
Sheriff’s office upgrades evidence room with grant
Comment for this post has been locked by admin.