"Bo" Williams, a Spencer police officer of two years and now the
county's sheriff-elect, was placed on leave Friday, according to local
authorities. 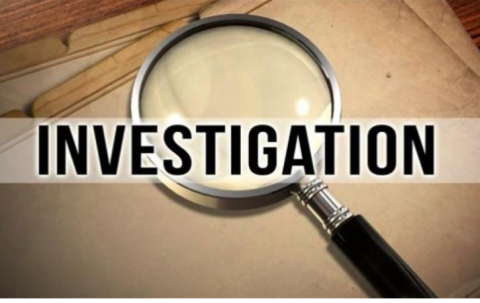 The sheriff-elect of Roane County has been placed on leave after "evidence collected in certain criminal investigations" went missing.Matthew "Bo" Williams, a Spencer police officer of two years and now the county's sheriff-elect, was placed on leave Friday, according to local authorities.

His profile on LinkedIn.com, a social networking site focused on professional connections, lists him as a certified meth lab technician since 2011, a certified firearms instructor since 2014, a part-time patrolman for the Spencer Police Department since 2010, and a member of the U.S. Marshals Cops United Felony Fugitive Enforcement Division (CUFFED) Task Force.

According to the U.S. Marshals website, numerous local law enforcement agencies participate in that task force. U.S. marshals said Friday he not served on that team for several years.

Spencer police Chief Greg Nichols said Thursday that Williams had been placed on leave but he could not reveal the circumstances because it was a "personnel matter."

He said he could not say if Williams was being paid. An employee sent a statement on behalf of Spencer Mayor Terry Williams."The City of Spencer Police Department commenced an internal investigation as a result of ascertaining that evidence collected in certain criminal investigations was missing," the statement says.

The statement also says that the city had asked an "outside police agency" to determine whether the officer broke the law, and that the City of Spencer had no further comment.

In response to a request, Lt. Michael Baylous of the West Virginia State Police sent a statement from Capt. D.L. Lemmon, Troop 4 commander, that said the Roane County prosecutor's office had contacted State Police "to investigate possible misconduct regarding the handling of evidence by a member of the Spencer Police Department."

"The West Virginia State Police has assigned a supervisory member from outside the county to conduct the investigation," he wrote in an email.Baylous would not answer additional questions. "Since this is an ongoing investigation, no further information will be released at this time," he wrote. Roane County Prosecuting Attorney Joshua Downey said that Williams was placed on leave Friday, and declined to state the kind of "evidence" missing.

Downey, who said he also represents the county commission, said he was reviewing the appropriate next steps, and that commissioners had not notified him of any upcoming emergency meetings.

The next regularly scheduled meeting is Dec. 13. "These processes are slower than people want them to be sometimes," he said. Downey said that Sgt. R.E. Richardson with the State Police detachment in Elizabeth was investigating, and said he would recuse himself if any criminal charges are filed.

Roane County Clerk Charlie White said he learned this morning that Williams was the officer placed on leave. He said in the event of a resignation, the Roane County Commission would appoint a replacement who belongs to the same party. He said he hadn't heard of any resignations or meetings set by the commission. Roane County Commission President Melissa O'Brian and Commissioner Merlin Shamblin have not returned calls. A message left in the commission office also was not returned. County officers, according to state code, can be removed for official misconduct, neglect of duty, or incompetence. The county commission or county prosecutor can make the allegation in circuit court. In counties with more than 10,000 and less then 50,000 people, the lesser of 500 or 10 percent of the number of registered voters who participated in the election also can file a petition in circuit court.Williams used to work for the Roane County Sheriff's Office, according to Downey and William's LinkedIn profile. The Spencer Police Department now has five active officers instead of six, according to the police chief. - See more at: http://www.wvgazettemail.com/news-cops-and-courts/20161201/roane-county-sheriff-elect-on-leave-after-evidence-goes-missing#sthash.TJIXtZXN.dpuf