Ytuarte said he clearly remembers turning in the sexual assault examination kit to the department's evidence room and he's "deeply offended" by attempts to pin the blame on him. 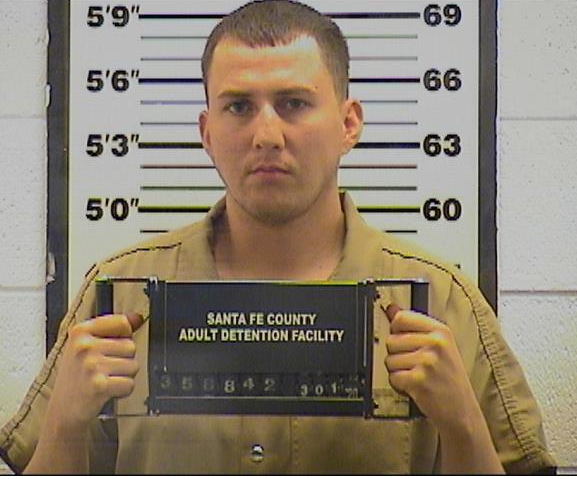 "The loss by retired Detective Paul Ytuarte of a rape kit involving an innocent 4-year-old girl is completely unacceptable," Webber said in an email sent by spokeswoman. "My heart goes out to her and her mom, who did everything right in this case. They not only deserve our support, they deserve justice. The Police Department will do everything they can to assist the District Attorney's Office in a successful prosecution.

"Our police officers do great work to protect our community, and they also deserve our support," Webber continued. "But something went completely wrong here, and we need to find out immediately what happened and it needs to be fixed, now."

Ytuarte said he clearly remembers turning in the sexual assault examination kit to the department's evidence room and he's "deeply offended" by attempts to pin the blame on him.

"It's not the first time evidence has gone missing or the first time they've thrown a police officer under the bus because they don't want to take responsibility," Ytuarte said in a phone interview Thursday. "It always gets blamed on the front-line officers because we are easy scapegoats. Because we aren't allowed to talk to reporters."

Ytuarte, who retired with honors in August after 15 years with the department, said he specifically remembers logging the kit into evidence nearly two years ago, adding he took the case to heart because it involved such a young child.

Santa Fe Police Department first made contact with suspect Enrique Palomino-Loya, 32, in May 2018, after his accuser, a relative, told her mother and a nurse he had assaulted her, according to an affidavit for an arrest warrant.

When contacted by phone, the affidavit says, Palomino-Loya agreed to meet with police at his house to discuss the allegations, but he never showed up.

Ytuarte — who logged 22 years in law enforcement — said he searched for Palomino-Loya for months, tracking him through ex-girlfriends and relatives to Española. The trail went cold, however, and Ytuarte said sources told him Palomino-Loya had fled to Mexico.

Palomino-Loya was charged with first-degree criminal sexual penetration in Magistrate Court on May 31, 2018.

Prosecutors began looking for the sexual assault exam kit in early March, after Palomino-Loya was apprehended in Arizona and extradited to New Mexico to stand trial on five counts of first-degree criminal sexual penetration of a minor and one count of criminal sexual contact, according to court records.

Palomino-Loya is being held without bond in the Santa Fe County jail. He faces up to 99 years in prison if convicted of all charges.

Santa Fe Police Department Deputy Chief Ben Valdez said in a May 7 letter to the District Attorney's Office that the kit hadn't been seen since September 2018, when Ytuarte checked it out from a secured sexual assault nurse examiner storage room at the Solace Crisis Treatment Center.

"This particular incident was not a failure of our Evidence Room, but it is clear that established procedures were not followed by the Detective who took custody of the evidence and failed to submit it to the Department of Public Safety Crime Lab," he wrote.

The police department is in the process of implementing new software after a scathing audit by an outside consultant detailed multiple issues with the department's evidence handling policies and procedures.

Valdez said in an email Thursday the new system — which was estimated to cost upward of $500,000 — should be operational by the middle of June.

Problems in the department's evidence room were a factor in prosecutors' decision to plead a murder case down to voluntary manslaughter last year after physical evidence in the case was lost.

Valdez wrote in an email Thursday an October audit revealed evidence in a rape case from 2014 also is missing.

Santa Fe police Chief Andrew Padilla wrote in an email that he, as the head of the department, is responsible and accountable to the community.

"These past practices are completely unacceptable," he wrote. "I am more frustrated than anyone about the light and perception this failure places on our hard-working officers and detectives. While it is very distressing that we continue to find these types of errors occurring, we are committed to using them to improve. I hope the community understands this is not a true representation of who we are as a department."

Ytuarte said he suspected he could be blamed for the disappearance of the evidence when investigators working on an internal investigation began contacting him to ask questions. He said after he gave an initial interview he continued to get calls with the same questions being asked.

"I remember it clearly," Ytuarte said. "I remember getting the [sexual assault nurse examiner] kit and I remember turning it into evidence. We worked out of the Solace Center. I got it there and transported it to the police department and logged it in. They can check the cameras. Check the evidence log. I don't know what to tell you, but that's what I did."

District Attorney's Office spokesman Henry Varela said in an email Thursday the loss of the evidence would "complicate, if not devastate" prosecution of the case.

"We will have to balance the strength of the evidence that now rests almost entirely on a small child's memory and his/her ability to recall specific and horrific events against the pitfalls in the investigation that include lost evidence," Varela said.