A state audit published this week illuminates the extent to which SDPD has treated rape kits differently than its fellow law enforcement agencies across the state. 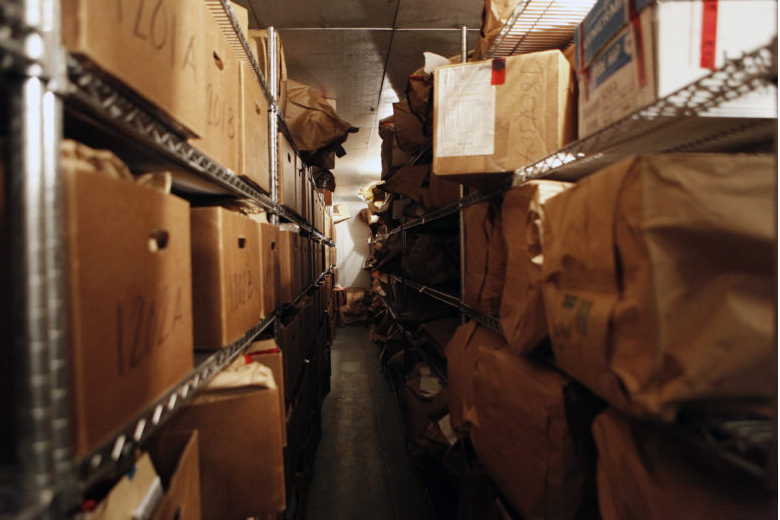 he San Diego Police Department has more untested rape kits than any other law enforcement agency in the state.

And unlike virtually every other agency in California, SDPD also doesn't know when those kits were collected.

Those results, revealed by a state audit published this week, illuminate the extent to which SDPD has treated rape kits differently than its fellow law enforcement agencies across the state.

It also suggests the city could have a tough time complying with SB 22, a state bill that went into effect this year requiring that every sexual assault evidence exam, commonly referred to as rape kits, collected since the start of 2016 goes through formal screening for DNA evidence.

Rape kits are collections of forensic evidence from survivors of sexual assault. A standard kit includes swabs from different parts of the victim's body, along with other evidence like hair, fingernail clippings and underwear that might include DNA from the perpetrator. Testing the kits can identify unknown offenders, or connect crimes to repeat offenders by checking the profile against state and federal DNA databases.

But for various reasons, law enforcement agencies did not always test all the kits they collected. That's led to a national test-all-kits movements, which argues that doing so is a way to identify serial predators and that it's owed to the victims, who submitted to invasive evidence collection that can last hours.

The audit itself, mandated by a 2018 law, was intended to clarify the scope of the state's backlog of untested kits, after state officials had for years known a backlog existed but lacked data on where and when the kits were from, and why they were not originally tested.

A previous audit from 2014 looked at only three jurisdictions – San Diego, Sacramento and Oakland – found the agencies tested less than half of the kits they collected. But after that audit, San Diego stood by its decision not to automatically test all kits, while the other two cities changed their practices.

SDPD argued it made more sense to determine whether kits had investigative value before screening them. It held to that position, even as the City Council budgeted new funds for the department to conduct more tests, the state required new kits to be tested and the federal government advised departments to test all kits. Last year, Voice of San Diego revealed SDPD told crime lab analysts to test certain old kits less rigorously, and to treat the results of those tests differently, than they did for kits for new cases, in order to help clear its backlog of untested kits faster. Following those revelations – and scathing comments about the practices by District Attorney Summer Stephan – SDPD put a sworn officer in charge of the crime lab and the former crime lab director left the department. It also joined an existing county effort to send its old kits to third-party labs for additional testing.

Nearly 80 percent of law enforcement agencies in the state did not participate in the new audit, angering the author of the bill that called for it. But of those that did, San Diego had by far the most untested kits in its possession.

Agencies across the state reported nearly 14,000 untested kits in their possession – but because less than a third of the state's law enforcement agencies responded, that total likely vastly underestimates the number of untested kits in California.

SDPD had 1,627 kits in its possession – nearly 80 percent of all untested kits in San Diego County. The only law enforcement entity in the county with more than 20 untested kits was the crime lab for the San Diego Sheriff's Department, with 388, nearly all of which were from before 2015.

It isn't just that San Diego has the most untested kits. It also knows the least about the kits it has.

The audit broke down when kits were collected by those from before the 2016 deadline, and those collected afterward that are subject to the new mandatory testing requirement. It also listed kits for which the department didn't know when they were collected.

SDPD didn't list when any of its 1,627 kits were collected. That accounts for 96 percent of all kits in the state for which the law enforcement agency that possesses them couldn't say when they were collected.

An SDPD spokesman, Lt. Shawn Takeuchi, said SDPD could not immediately respond to questions about why it had the most untested kits in the state, why it didn't know – or didn't report – when those kits were collected and whether it stood by previous decisions that made it an outlier in rape kit handling among law enforcement agencies in California.