Last fall, a DNA sample collected in Ohio helped Indiana police link a man to the fatal shooting of John Clements, 82, in Zionsville, and two other attacks in October. 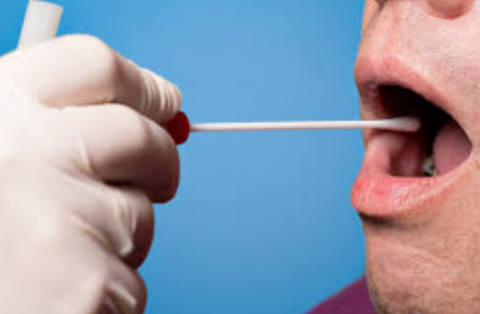 Indiana senators voted Thursday to allow DNA swabs to be taken upon a person's felony arrest rather than conviction, sending the measure to Gov. Eric Holcomb after opponents argued during the floor debate that the change is unconstitutional.

The measure by Republican Sen. Erin Houchin of Salem previously advanced through the chamber but lawmakers again aired concerns Thursday, even prompting Senate leader David Long to take the floor and ask senators to cease debating the measure.

The proposal was ultimately sent to Holcomb's desk in the same 36-13 vote as in February. "We have strong differences on the constitutionality and whether we should take this step or not," the Fort Wayne Republican said. "I ask the body to please go sit down, take a vote on this and let's move on. We've got a lot of work to do today and one week left."

The governor has not taken a public stance on the bill. Spokeswoman Stephanie Wilson said Holcomb would "consider it carefully before making a final decision." Supporters of the bill contend it would help law enforcement officers to not only solve and connect crimes, but to exonerate the innocent. To critics, though, allowing for DNA collection upon felony arrest goes against the U.S. Constitution's protection from unreasonable search and seizure. The divide on the issue crosses party lines, with Republicans from the chamber's supermajority and Democrats joining in opposition.

"If (law enforcement officers) find other reasons to suspect this person committed a crime ... then go get a warrant. What's wrong with getting a warrant in this country?" said Republican Sen. Mike Young of Indianapolis. "Today, at this moment, at this time, in this room, you have the ability to protect the rights of every Hoosier citizen."

Other opponents argue the bill needs to include automatic expungement of the collected DNA if the arrestee is ultimately exonerated. More than half of states allow for DNA collection in some form when a suspect is arrested or charged, according to the National Conference of State Legislatures. Indiana currently allows for collection only upon conviction.

Last fall, a DNA sample collected in Ohio helped Indiana police link a man to the fatal shooting of John Clements, 82, in Zionsville, and two other attacks in October. Both Indiana and Ohio had an opportunity to collect DNA from the man, Damoine A. Wilcoxson, but of the two states only Ohio routinely collects DNA samples from arrestees. Sen. Brandt Hershman, a Lafeyette Republican, said collecting DNA was a technology advancement that could allow the criminal justice system to "work more effectively punishing the guilty and exonerating the innocent," citing the two girls found dead in his district in Delphi. "I would hope that having DNA records might be the very thing that'd bring this vicious person to justice," he said. "Not only to potentially bring the vicious person to justice but also ensure that we don't bring the wrong person to justice." ___ Senate Bill 322 can be found at: https://iga.in.gov/ .