The attacker also left a cigarette butt at the victim's house, according to police reports filed after the incident. With new techniques allowing crime labs to analyze trace amounts of saliva, Fleischaker had it tested and said the DNA does not match Wilkerson's. 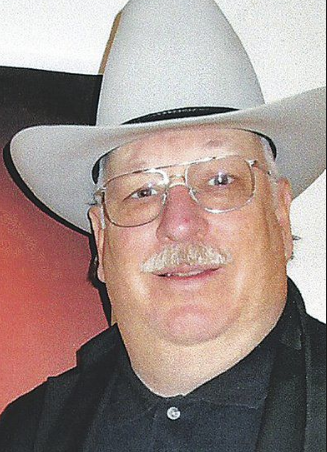 Two decades ago, Mike A. Wilkerson was a familiar face in Jasper County, the proud steward of a 586-acre farm.

He was a family man, a Jasper County Farm Bureau president with a passion for race cars.

The world he knew collapsed when he was accused of a heinous sexual assault and sent to a state mental hospital, where he remained for 19 years, insisting always on his innocence.

Now, nearly two decades after his case was supposedly resolved, Wilkerson is back on the farm, and he's headed back to court.

The Sarcoxie farmer was transferred from a mental hospital to the county jail in December, having succeeded in changing his plea of not guilty by reason of insanity to the one he says he intended all along — "not guilty."

In a hearing this past week, Jasper County Circuit Judge Gayle Crane set bond at $50,000, clearing the way for Wilkerson, now 59, to leave state custody for the first time since 1997.

Several Wilkerson family members attended the hearing on Monday morning, then helped him post bond. They believe his refrain of innocence and claim that new evidence will lead to his acquittal when the case finally goes to trial, which could happen this summer.

Wilkerson is accused of entering a home east of Carthage on a summer day in 1997. The man who entered the home claimed he had gotten lost and needed to see a map, according to police reports. Once inside, he pulled a gun. After locking a 6-year-old in a bedroom, the suspect bound and sexually assaulted her 17-year-old sister, according to the victim's statement to police.

Wilkerson was arrested after the victim identified him in a photo lineup. He was charged with forcible sodomy and burglary in the first degree and could face life imprisonment if convicted.

"The underlying charge is a very significant and serious one," she said.

While the victim of the assault did not respond to requests for comment, she continues to cooperate with prosecutors and is willing to participate in a trial, according to Fisher.

In addition to the victim's testimony and photo lineup identification, there was other evidence from the case, including a condom found at the scene, a partial fingerprint from a bedroom door handle and a cigarette butt.

The condom was never tested, said Bill Fleischaker, Wilkerson's attorney, who also said that duty usually falls to detectives and the prosecutor, and he is not sure if the partial fingerprint had ever been checked against his client.

"It's the responsibility of the law enforcement agency to conduct the crime scene investigation and select things to go to the lab," explained Bill Marbaker, director of the Crime Lab Division for the Missouri State Highway Patrol.

If properly preserved, DNA evidence keeps indefinitely, but a test of the condom several years ago did not yield DNA, Fleischaker said.

The attacker also left a cigarette butt at the victim's house, according to police reports filed after the incident. With new techniques allowing crime labs to analyze trace amounts of saliva, Fleischaker had it tested and said the DNA does not match Wilkerson's.

"There is injustice here," said Scott Wilkerson, Mike's brother. "Twenty years and the DNA comes back negative? Doesn't make sense to me."

Marbaker said that in 1997, "most labs would still mostly have been using a technique that was not nearly as sensitive." He noted that his agency has seen a surge in calls from law enforcement officials hoping to crack old cases using the new techniques.

No one disputes that Wilkerson's mental health deteriorated in the years leading up to the crime. As he tested different medications, struggling to get stable, the cattleman became confrontational, alienating his neighbors. He was divorced and lost custody of his children.

When he was arrested on felony charges in the summer of 1997, state psychologists said he was likely in the throes of a manic episode. He was later diagnosed with depression, bipolar disorder and schizophrenia. Though Wilkerson was deemed fit to stand trial in 1999, Wilkerson's son, Clint, said his father's mental illnesses were not brought into full remission until 2003.

Wilkerson's mother, son and brother, who attended the hearing last week, all say he was at home making a phone call about a race car frame on July 1, 1997, just before an assailant first appeared outside the victim's home. After that call, Wilkerson went into the field to bale fescue, putting him out of touch for hours.

Wilkerson's family members believe he was identified as a suspect because he fit a general description of the attacker, his photo having been on file with investigators because of an earlier incident when he allegedly displayed a pocketknife in a threatening manner.

After being arrested as a suspect in the sexual assault case, Wilkerson was committed in 1998 on court orders to a psychiatric hospital in St. Joseph run by the Missouri Department of Mental Health.

On May 9, 2000, Wilkerson's lawyer, Dee Wampler, of Springfield, submitted a plea of not guilty by reason of insanity to six felony charges. The plea bore Mike Wilkerson's signature.

With that, Wilkerson effectively admitted to committing the crime but was found "not guilty" under the law because his insanity prevented him from understanding the crimes that had taken place.

Wilkerson did not want to comment for this story, but his supporters believe he did not grasp the implications of that plea, known in the legal world as NGRI, and in interviews with court-appointed psychiatrists, Wilkerson has consistently maintained his innocence.

If he understood the plea, "he wouldn't have signed it," Clint Wilkerson said of his father.

In that event, the case would have gone to trial.

Wampler, the defense attorney who submitted the insanity plea, said it was a straightforward matter.

"That's an easy one," he said, when asked why the plea was filed. "He has a mental disease or defect."

At the time, he said, Wilkerson's chances of victory were slim.

"I was confronted with the full discovery at the time with all the witnesses and their names address and phone numbers," he said. "It was what it was at that time."

Because of the plea, county prosecutors and the Missouri Department of Mental Health operated on the assumption that Wilkerson had committed several violent crimes. Owning up to the crime became part of his treatment at Fulton State Hospital, where attendants asked him again and again to apologize for something he insists he never did.

Had he admitted to the crime, he could have been released earlier. For DMH wards, accepting responsibility is a key step toward gaining release, but Wilkerson regularly refused.

"There's a point to me personally where your life is more important than what you may or may not have done," Clint Wilkerson said. "Mike, on the other hand, was willing to hold on to his innocence till the day he dies."

Debra Walker, head of public affairs for the DMH, said the courts — not the department — determines the handling of patients.

Wilkerson's requests for release were denied in 2005, 2008 and 2010, with the Department of Mental Health and the county prosecutor objecting.

Wilkerson's release was helped along last year when a Greene County man was released from the DMH after a judge found that he had not submitted an insanity plea "knowingly and voluntarily." Backed by that precedent, Wilkerson's lawyers argued that he was never actually evaluated for his mental stability at the time of the alleged crime. Psychiatrists had tried, but how could they say whether he knowingly committed a crime he wouldn't admit to?

The fourth and final bid for release from the DHM reinitiated the criminal charges against Wilkerson, who was transferred to the Jasper County Jail prior to the bail hearing last week.

Wilkerson's release has troubled some observers outside the courthouse. An unsigned letter filed with the court before the hearing argues that because of the violent nature of the charges against him, Wilkerson "would clearly pose a threat to the community."

The letter, whose sender is identified only as The Concerned Citizens Coalition, asserts incorrectly that Wilkerson has been incompetent to stand trial for 19 years. He was deemed competent by staff at Fulton State Hospital in 1999, according to court records obtained by the Globe.

After he was charged with the assault, his former wife, doubting that he could have committed such a hideous crime, allowed her son to drive upstate with his grandmother for visits. Clint, now 28, has visited his father at a mental institution at least once a month since he was 8 years old.

After his father's mental illnesses went into remission in 2003, Clint said he made for an odd psychiatric patient.

"He stuck out like a sore thumb," Clint said. His father was lucid and, as ever, insistent on his innocence.

Over time, Mike gained privileges for his good behavior — more time on the phone and odd jobs he could work for pocket money. In the past two years, he was briefly allowed to leave the hospital in St. Joseph to shop at Wal-Mart or go out to eat.

As Clint grew up, his father called every day. The two remained close even as people in the community drifted away from the embattled family.

"Everybody is telling you he's a rapist," he said. "That's tough to deal with."

Clint believes in his father's innocence and says he is looking forward to the trial, which could begin on July 25. He is still adjusting to his father's release.

"Things are going to be a whole lot different," he said. "We've got a lot to catch up on."

Two decades ago, Mike A. Wilkerson was a familiar face in Jasper County, the proud steward of a 586-acre farm.
http://www.joplinglobe.com/news/local_news/sexual-assault-case-resurfaces-after-years-defendant-just-released-from/article_99bc9a93-040d-510d-a476-f9ac220225ce.html
Tweet
How do you feel about this post?
Happy (0)
Love (0)
Surprised (0)
Sad (0)
Angry (0)
Tags:
sexual assault Big Three: Chain of Custody assault  kits altered evidence
2006 murder evidence found in Fremont County Sheri...
Was use of drug forfeiture money in Saginaw legal?
Comment for this post has been locked by admin.