Was use of drug forfeiture money in Saginaw legal?

Garrett DeWyse was overseeing the evidence and property room and protested when he was ordered to remove $2,000 for the bag that was
needed for a confidential informant drug buy. 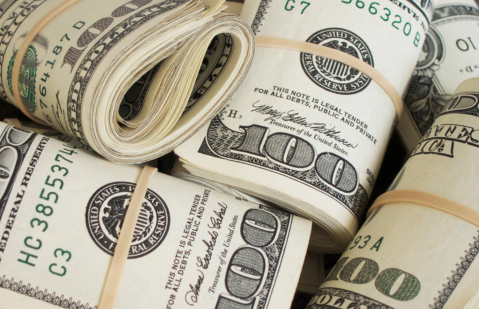 More than $22,000 was taken from a man by a sheriff's deputy, and then that money was used by the sheriff's department for confidential informant drug buys - but was the use of the money legal?

The law states the money is supposed to go to the treasurer's office of the entity seizing the money or property. It didn't in this case.

It was back in February 2014 when a Saginaw County Sheriff's detective, working with the Drug Enforcement Administration, seized $22,583.00 from a Genesee County man in Flushing.

The man forfeited the money to the sheriff's department and that money was placed in an evidence bag in the department's evidence room.

Garrett DeWyse was overseeing the evidence and property room and protested when he was ordered to remove $2,000 for the bag that was needed for a confidential informant drug buy.

DeWyse has filed a lawsuit against Saginaw County, including sheriff Bill Federspiel, saying he was disciplined and reassigned for his protest and for informing the Saginaw County Controller's office that eventually, all the money from the bag was gone.

Attorney Jim Piazza is not representing DeWyse, but says Michigan's civil forfeiture law states where the money should go in a case like this.

In this case, that would be Saginaw County Treasurer Tim Novak, who says the sheriff's department has deposited drug forfeiture money with his office in the past.

Novak says he's not sure why the $22,000 in this case was not brought to his office.

Piazza says the removing of the money from an evidence bag in a property room is also questionable.

"Once property is deposited in a property room, it cannot be touched because it's destruction of property," he said.

We couldn't reach Sheriff Bill Federspiel for comment Friday, but in the past he has told us he has followed the law and court orders in these drug forfeiture cases.

(01/06/17) - A Saginaw County sheriff's deputy says he was retaliated against for blowing the whistle on how drug forfeiture money was being spent in the sheriff's department.

The sheriff says he and his department are following the law.

The lawsuit goes back to a drug forfeiture case that originated out of Genesee County where the Saginaw County Sheriff's Department seized more than $22,000 and two guns from a man.

A police report shows there was a traffic stop related to a drug investigation on Main Street in Flushing in February 2014.

The report shows a Genesee County man forfeited $22,583 and two handguns to a Saginaw County detective, who was working with the Drug Enforcement Agency. The man was arrested, but never charged with a crime.

"We do have a detective assigned to the DEA on the task force," said Saginaw County Sheriff William Federspiel. "That case is still an ongoing case with the DEA, so I will not comment on it further."

It's what happened to that $22,583 once it got to the Saginaw County Sheriff's Department that is at the heart of the lawsuit filed by deputy Garret DeWyse, who was assigned to the evidence and property room.

DeWyse says the money was put in an evidence bag and protested when sheriff department personnel later removed some of the money for confidential informant drug buys.

The lawsuit against the sheriff and county says all the money was eventually gone by 2015.

DeWyse reported the missing money to an employee in the Saginaw County controller's office and Dewyse's attorney, Phil Ellison, says his client was reprimanded by the sheriff for reporting the missing money.

In an interview before the lawsuit was filed, Federspiel says the money was never missing and their drug forfeiture books always balance.

"We have done an investigation on that in house. Everything is appropriate," he said.

He says outside auditors agree, but they will check again.

"I was just recently in touch with Rehman Robson to do the 2016 audit now that the year has just ended and that will be a second check and balance," he said.

As far as the lawsuit, the sheriff did not want to comment on the allegations because he had not seen a copy of it yet.

Was use of drug forfeiture money in Saginaw legal?