She Was Found Strangled in a Well, and Now She Has a Name

She was finally identified through her DNA and genealogy by a nonprofit, the DNA Doe Project, 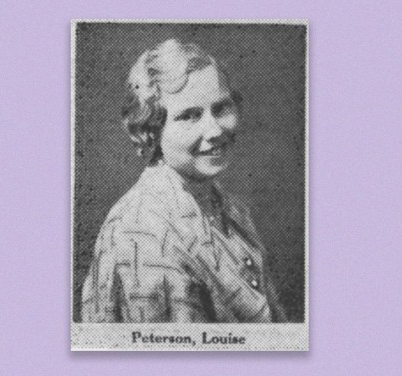 For 38 years, the case of the "Belle in the Well" haunted Bill Nenni, an investigator for the Lawrence County, Ohio, coroner's office. He had barely started his job when she was found in 1981—strangled and hidden inside a water cistern in rural Ohio. She was so badly decomposed as to be unrecognizable. For 38 years, Nenni kept coming back to Belle, as he referred to her, even as the sheriff's-office investigators who worked the case retired one by one, even as he himself officially retired. This year, something finally came of his efforts.

This morning, the coroner's office announced the real name of the Belle in the Well: Louise Virginia Peterson Flesher, born on June 16, 1915, in West Virginia. She was finally identified through her DNA and genealogy by a nonprofit, the DNA Doe Project, that Nenni had contacted about the case. The nonprofit's volunteers used the same technique that led to the arrest of the Golden State Killer suspect last spring.

But Nenni's quest to identify the nameless woman through DNA and genealogy began long before the Golden State Killer case popularized the idea. Back in 2014, he proposed the strategy to Elizabeth Murray, a forensic anthropologist, who put Belle's case into the National Missing and Identified Persons System.

In 2014, the market for mail-in DNA kits like those from Ancestry and 23andMe was much smaller. The technology was much simpler, too. Genealogists interested in DNA were usually looking only at the tiny subset of a person's DNA that could be easily analyzed at the time: the Y chromosome, which is always passed from father to son, or mitochondrial DNA (mtDNA), which is always passed from mother to child. The Belle in the Well was a woman, so she didn't have a Y chromosome, but she did have mtDNA.

This gave Nenni an idea. He uploaded Belle's mtDNA to a public database maintained at the time by Ancestry and got 50 to 60 matches. He messaged them all, hoping that their family history or lore might hold a clue that would lead him to Belle's identity. But the problem with mtDNA is that people who share a great-great-great-great-grandmother might have all the same mtDNA markers—but be so distantly related that they have little information to share. No one who responded to Nenni knew of a missing person in their family. Most people did not respond at all.

Very quickly, Nenni hit a wall. He realized that to actually trace enough relatives to ID her using genealogy, he needed to do more advanced analysis of autosomal DNA, which contains far more genetic information than the Y chromosome or mtDNA. (Autosomal DNA refers to the 22 pairs of chromosomes other than X and Y.) For this, Ancestry required saliva—a large amount of it.

"At one point, I had delusions," Nenni says. "If I could get ahold of Belle's DNA, I'm gonna put it in some distilled water in one of Ancestry's test kits and send it to them and not say anything about it." He never did do that. The company took its mtDNA database offline in 2014 as part of the industry's shift to autosomal DNA, and Ancestry's $99 tests today are based on autosomal DNA. Ancestry has been reluctant to work with police, and it has not allowed law enforcement to search its current autosomal-DNA database.

It was not until 2017, when Murray, Nenni's collaborator, met a forensic genealogist named Colleen Fitzpatrick at a conference, that the team saw a way forward again. That same year, Fitzpatrick and Margaret Press, a hobbyist genealogist and crime writer, had co-founded a nonprofit called the DNA Doe Project to identify John and Jane Does. They were looking for pilot cases. The Belle in the Well became one of the first four cases for the fledgling nonprofit in June 2017.

The DNA Doe Project has since solved 12 Doe cases, but Belle's case was the hardest and took the longest, at 14 months. "This case is a big deal for us," Press says.

Press personally spent sleepless nights researching the Belle in the Well. When I visited her home in Sebastopol, California, last summer, she pulled out a stack of hand-drawn family trees for the unidentified woman. The case was so difficult because of endogamy, or the practice of marrying within a community. Belle's ancestors in West Virginia, which is just across the river from Ohio, where she was found, appeared to all be related to one another in several ways.

"Instead of a family tree with branches, you have a bowl of spaghetti," says Lee Bingham Redgrave, a DNA Doe volunteer who, along with her husband, Anthony Lukas Redgrave, ultimately led the case. When the team got Belle's DNA back from a lab, they uploaded the file to a website called GEDmatch, which allows users to upload raw DNA profiles from several companies, including 23andMe and Ancestry. Belle had more than 180 matches who were cousins to varying degrees, but none was closer than a third cousin. To figure out how all these cousin matches connected to her, the volunteer team looked at which small segments of DNA they shared and narrowed down possible relationships based on family records from obituaries, birth and marriage certificates, and the census. Belle's family trees ultimately included 43,130 people total. Her real name, the volunteers figured, was somewhere in those trees. But they could not figure out which strand of spaghetti to disentangle.

One detail stood out, though. Belle's mother and father did not appear to be related. "One of her parents was from somewhere else, maybe a foreign country," Fitzpatrick said at a press conference. In January, someone in Canada with German ancestry took a DNA test and uploaded their profile to GEDmatch. That person was a distant relative to Belle. When the Redgraves started going through that person's family, they found a German man who had immigrated to the United States.

"All of a sudden, there was a name we had looked at 1,000 times from Belle's tree, and we knew it immediately," Lee Redgrave told me. "I grabbed Anthony's leg and shouted the last name." The name they recognized turned out to be Belle's mother, who was married to the German immigrant. The woman who is Belle—Louise Virginia Peterson, married name Flesher—had actually been one of the 43,130 people in the volunteers' family trees for more than a year.

The Redgraves eventually found a yearbook seller on eBay selling the very 1934 edition in which Flesher would have appeared. Her high-school-yearbook photo resembled the facial reconstructions that police had released over the years. The volunteers were convinced they had the right person.

But the ultimate proof still came in the form of DNA. The volunteers found that Flesher had had daughters, and Nenni got in touch with one of them for a swab. It came back a mother-daughter match. Nenni says the two women were estranged but declined to elaborate, as the daughter wishes to remain anonymous. It would explain why Flesher could have disappeared without anyone alerting the police. By complete coincidence, Anthony Redgrave, whose father is from West Virginia, is a distant relative of Flesher; based on how much DNA they share, they're probably sixth cousins.

Despite the success with the Belle in the Well and arrests in dozens of other cases through forensic genealogy, the field has been going through a bit of a crisis. In June, after the volunteers found Flesher but before the DNA confirmation with her daughter, GEDmatch made it much harder for law enforcement to search its database, following backlash to a Utah case.

GEDmatch had previously told users that the site would be used only for homicides and sexual assaults. The Utah case was an assault, but GEDmatch still allowed investigators to use the database. For some genealogists, the episode underscored just how little oversight exists for such a powerful technique. (A study from October found that most Americans with European ancestry can be identified through a relative's DNA in genealogy databases the size of GEDmatch.)

In response to backlash over the Utah case, GEDmatch decided to opt every user out of law-enforcement searching by default, and only a small fraction of users have since actively opted back in. Press says the case of the Belle in the Well would not have been solved under the new policy. None of her closer matches, including the final cousin in Canada, has opted in. The recent questions raised about privacy and GEDmatch echo the concerns that Nenni encountered when trying to work with Ancestry years ago. These issues are still unsettled.

For Louise Virginia Peterson Flesher at least, Nenni hopes that people who knew her might come forward with information about her death now that her identity is known. Investigators do not know who killed her or how she ended up in the water cistern. It is still an open homicide investigation. 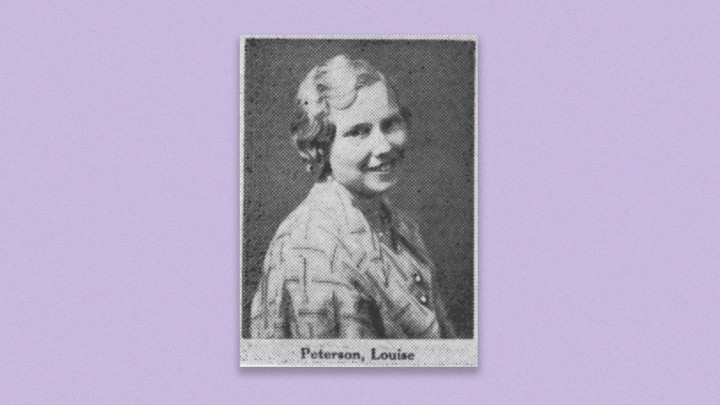 The 'Belle in the Well' Has an Identity, After 38 Years - The Atlantic

Using DNA, genealogists finally confirmed the identity of the “Belle in the Well,” found 38 years ago.
https://www.theatlantic.com/science/archive/2019/07/belle-well-dna/594976/
Tweet
How do you feel about this post?
Happy (0)
Love (0)
Surprised (0)
Sad (0)
Angry (0)
Tags:
cold case genealogy
Man pleads guilty to 1998 cold-case murder of Laur...
Officer steals counterfeit money and spends it at ...

Genealogy sites, DNA lead to arrest in 2006 rape of a Miami University student