The Sikeston (Missouri) Department of Public Safety has lost surveillance video evidence in a murder case. 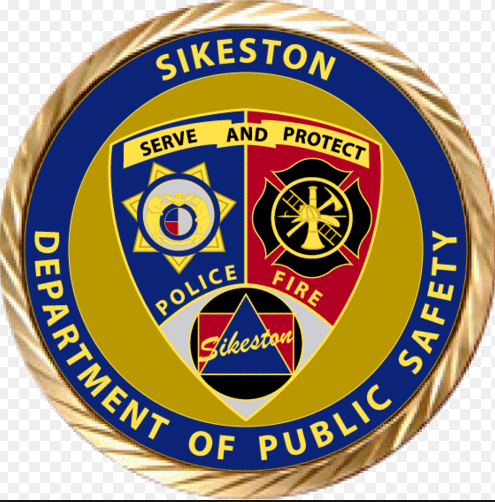 The Sikeston (Missouri) Department of Public Safety has lost surveillance video evidence in a murder case.

The video was used, in part, to establish probable cause for the arrest of Antoine Harris-Applewhite in the shooting death of Samuel Sanders.

A detective's written and oral description of what the video showed has changed over the course of the case, including his testimony in a motion to dismiss, after the DPS could not provide a copy of the video to the defense.

To complicate matters, the only "eyewitness" who identified Harris-Applewhite as the shooter has changed his testimony, court records and transcripts show.

Harris-Applewhite of Sikeston faces charges of first-degree murder, armed-criminal action and two counts of unlawful possession of a firearm.

He is accused of fatally shooting Sanders after an altercation in a parking lot at Westside Liquor store at 889 W. Malone St. in Sikeston on Dec. 19, 2015.

The defendant's St. Louis attorneys sought unsuccessfully to have the case dismissed after police admitted they lost the store-security video the attorneys said could have benefited the defense.

Bobby Sullivan, a detective with the Sikeston Department of Public Safety, wrote in a probable-cause statement Dec. 19, 2015, video from a police department pole camera and video from the store security camera showed Harris-Applewhite and Sanders fighting in the parking lot.

Sullivan testified in court the store video was from a better vantage point and was "better lighted."

"Harris-Applewhite pulled a pistol from his waistband and fired numerous times striking" Sanders twice, Sullivan said in the statement.

Sullivan also wrote in the statement the defendant has "numerous felony convictions."

Defense attorneys have been provided a copy of the video from the pole camera, but not the store video, which they view as key to the case.

DPS director Mike Williams told the Southeast Missourian in an email, "The missing video evidence in question was from inside the store and did not show the crime, which actually occurred outside the store."

Sullivan has testified the shooting was not captured on either video.

At a preliminary hearing in Scott County Circuit Court in Benton, Missouri, before Judge Scott Horman on April 19, 2016, Sullivan said no gun could be seen on the store video in the possession of either man. The video shows a "scuffle," but doesn't show either man pulling out a gun or aiming it, Sullivan said.

No gun was ever recovered in the case, he told the court.

On April 9, 2018, the motion-to-dismiss hearing was held before Judge David Dolan in Benton because the video could not be produced.

Scott County Prosecuting Attorney Paul Boyd told the judge "the issue for the state is it wasn't destruction of evidence. It was a loss of evidence."

Defense attorneys appealed the decision, arguing "the state's gross negligence in failing to preserve a piece of evidence so vital and critical to prosecution constitutes gross negligence that rises to the level of bad faith."

Defense attorney Thomas Peterson in written arguments to the Missouri Court of Appeals Southern District said Sullivan "offered contradictory testimony as to what he originally claimed to have seen on the store video."

At the preliminary hearing, Sullivan testified the defendant could be identified on the video, Peterson wrote. But at a later hearing on a defense motion to dismiss the charges, Sullivan said he was not able to identify him in the video, according to Peterson.

The store video, he said, was used in "every stage of the investigation and judicial proceedings from warrant application to preliminary hearing."

In the petition to the appeals court, Peterson said Dolan wrongly found the defense failed to show "the evidence was destroyed by the police in bad faith" in overruling the motion to dismiss.

Peterson wrote that regardless of the legal bad-faith threshold, "a due-process violation exists whenever exculpatory evidence is withheld."

On July 11, a three-judge panel denied the defense's petition, setting the stage for the case to proceed to trial.

At the preliminary hearing, Sullivan said the shooting occurred outside of the view of the pole camera and the store security camera.

Sullivan said he, then-director Drew Juden, officer Williams — who is now the director — and three other officers viewed the store video at the police station.

But another DPS officer, detective Flint Dees said during the motion hearing in April that Williams was unable to retrieve the video and a New Madrid, Missouri, police officer ended up performing that task.

The Southeast Missourian emailed Williams last month seeking answers to two dozen questions surrounding the case, including whether he had viewed the store video or possessed a copy of it.

Williams did not answer those questions or most of the other questions, insisting he can't provide "any further information due to this incident being an open judicial case."

Juden said Friday he does not recall whether he saw the store video. He added he probably would have remembered the video if it had shown the shooting.

He said he did view the pole camera video, and it did not show the shooting.

Juden, who became Missouri's director of public safety in January 2017, told the Southeast Missourian on Thursday that Sikeston officers did not tell him the evidence was missing.

But he said that as police chief he would not necessarily have been informed about missing evidence such as a video. But if the evidence were crucial to the case, Juden said he would want to be informed.

"If it were something like a murder weapon which would be pivotal in a case, I would want to know," he said.

Evidence, he said, can be "misplaced, misfiled, mislabeled." He added "a lot of times it will just show back up."

Juden said, "Even though, we are police officers and we are not supposed to, we still make mistakes."

Williams, the current director of the department, said in an email to the Southeast Missourian the loss of evidence in this murder case "is regrettable."

Williams said since the loss of the video "we have modified our investigative actions to ensure safeguards are in place to prevent such instances from occurring in the future." He did not elaborate on what those safeguards are.

The case, he said, is "still a strong case."

According to Sullivan's testimony, the pole camera video shows a scuffle but nothing else. The video does not show the actual shooting, court testimony indicates.

Sullivan said the video shows about 50 people near the shooting, but only one witness, Virgil Tate, a relative of the victim, told police Harris-Applewhite was the shooter.

Dees, a DPS detective who also viewed the video, stated the security camera was inside the store.

"On that video, you can see out the front windows," he told the court. "They have placards or advertisements on the glass. It wasn't a perfect picture. In looking out, you could see there were several people inside the business."

As for the altercation, Dees said the video "is not clear enough to make out what they are really doing."

Dees testified officers looked unsuccessfully for the thumb drive. "We went through every thumb drive that everybody had at the station to see if this video was on there. We went through laptops. ... We did that at least three times. We are still looking."

Detective David McKnight told the court he attempted to locate the thumb drive in "the files and evidence room" in preparation for the trial." McKnight, who was a patrol officer at the time of the murder, said he was later promoted to detective and is now in charge of evidence.

McKnight testified he searched through about 30 computers and dozens of thumb drives, but could not find the video. McKnight said he returned to the liquor store in an effort to recover the video, but the surveillance video from the 2015 incident was no longer there, having been recorded over.

Ryan Dennis, a detective with the Sikeston police in 2015 and current chief deputy at the Scott County Sheriff's Department, told the Southeast Missourian on Thursday it was his job to log in evidence. But Dennis said he never was given the thumb drive and never viewed the video.

Had it been given to him, Dennis said he would have "made sure the evidence was properly packaged."

Brandon Hanner, now assistant chief of the New Madrid Police Department, was an officer on that department at the time of the shooting. As a member of the major case squad, which was activated in this case, Hanner went to the liquor store and downloaded the video onto the thumb drive.

Hanner told the Southeast Missourian he delivered the thumb drive to a detective at the Sikeston Department of Public Safety office, but couldn't remember to which detective he gave it.

Hanner said he downloaded the video from the store security system, but doesn't remember what the video showed of the incident.

Dees, a Sikeston police detective, said at the motion hearing Hanner told him he placed the thumb drive on a detective's desk.

The defendant, Harris-Applewhite, in an Aug. 8, 2016, handwritten letter to the circuit court, requested an evidentiary hearing. He said he had been held in the Scott County Jail for months based on "an affidavit written by Det. Bobby Sullivan and his confidential informant, Virgil Tate."

In the letter, Harris-Applewhite said the prosecutor's office had failed to produce the video to the defense as requested. He questioned the credibility of Sullivan's statements about the case.

According to a transcript, Tate said at the preliminary hearing the victim was his cousin and he also knew the defendant.

Sullivan, in court testimony, said Tate provided the only identification of Harris-Applewhite as the man who shot Sanders. Sullivan said Tate stated the defendant pulled a pistol from his waistband and shot Sanders in the back as Sanders was running away.

But Tate told a different story in court. Under cross-examination from defense attorney Terence Niehoff, Tate said, "I didn't see nobody shoot a gun." He said he was inside the store at the time of the shooting. "I just heard gunshots," Tate said.

Tweet
How do you feel about this post?
Happy (0)
Love (1)
Surprised (0)
Sad (0)
Angry (0)
Tags:
evidene in murder case lost evidence
Atwater Police evidence room to be audited by the ...
Former deputy gets 30 days for pawning evidence
Comment for this post has been locked by admin.