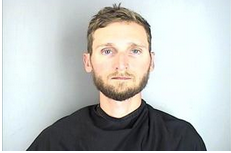 A week after a Ninety Six police officer was charged with domestic violence, he has found himself facing a new charge: stealing from his former employer.

Agents with the State Law Enforcement Division arrested Charles Michael Waters Jr. on Monday and charged the 29-year-old with misconduct in office and breach of trust with fraudulent intent, more than $2,000 but less than $10,000.

Waters resigned May 4 as Greenwood County deputies, the same day he was charged with second-degree domestic violence. Waters was a lieutenant and had worked at the Ninety Six Police Department for about 2 1/2 years.

Porter said he was made aware of the missing money the same day Waters resigned. He requested SLED do a full inventory of the evidence room.

The missing funds in evidence included money seized in arrests. Porter said if a pending case were dismissed involving any of those funds, the Town of Ninety Six would have to reimburse the money that was seized, then seek restitution to cover the cost.

Porter said he could not comment further on the situation since SLED was the lead agency in this case.