"We used to have the liquor store in the building for years and years when they first built the building in 1984. The new police station will be a much more modern facility with a dedicated interrogation room with video recording equipment, a state-of-the-art evidence room 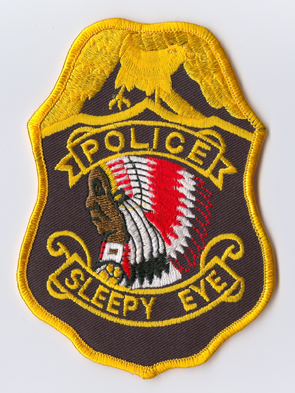 SLEEPY EYE, MN - The Sleepy Eye Police Department has been in the same location for a very long time.

City Manager Mark Kober said: "They've been in that building over there since the 1930s and so they deserve a little bit of a new look."

That building has gotten a little crowded over the years.

Police Chief Matt Andres, said: "Our current police station we share with PUC [city utilities] and the ambulance, it's a really old building. Our space is extremely limited. It's pretty small actually."

It turns out the city had the perfect spot for the police department to move into.

"We used to have the liquor store in the building for years and years when they first built the building in 1984. When we privatized it about a year ago, we started thinking about the police being in the older power plant building and maybe it would be time for them to have some modern offices.", Kober said.

Remodeling the old municipal liquor store will cost the city around $800,000, which is much cheaper than building a new police station from the ground up.

The new police station will be a much more modern facility with a dedicated interrogation room with video recording equipment, a state-of-the-art evidence room, plus multiple garage bays for squad cars and other city vehicles.

"There's room that if the fire department needs to add something, or the county, we've talked to the sheriff's office about possibly storing one of their boats here.", Chief Andres said.

The project should be completed sometime in January.

"It is going to be a nice space for us. It is going to offer us a little better, like I said, with the interviewing and interrogation room, room for squads, and the evidence room, it just brings us up into a little more modern era of policing.", mentioned Andres.