Detectives used online genealogy databases and help from private companies to wade through Clanton's unorthodox family and numerous aliases to identify him as the suspect. 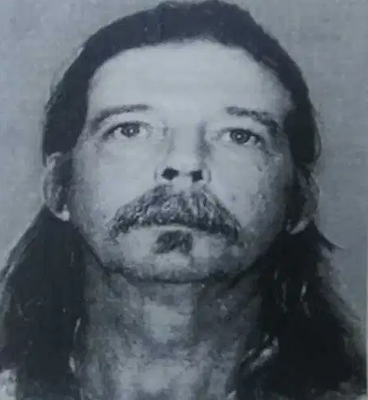 A secretly snagged beer mug — and the DNA it carried — was the final piece of evidence the Douglas County sheriff's detectives needed to arrest a Florida man in the 1980 death of a woman who was raped and stabbed on her way home from an Englewood bus stop.

In a case that spanned nearly four decades, the beer mug served as the lynchpin of a web that slowly tightened around suspect James Curtis Clanton, 62, as the years passed from Jan. 16, 1980, when 21-year-old Helene Pruszynski was found fatally stabbed in a field on Daniels Park Road in Castle Pines.

From a 1980 sketch that looks strikingly similar to Clanton made from a hypnotized witness' description to DNA testing done three decades later, authorities said Monday they were confident they've arrested Pruszynski's killer.

Clanton, who was 22 at the time of the crime, is charged with first-degree murder and kidnapping.

DNA from semen collected at the scene helped authorities tie Clanton to the crime, according to an affidavit filed by the 18th Judicial District Attorney's Office — although Clanton could not be charged with sexual assault because the statute of limitations had passed.

Detectives used online genealogy databases and help from private companies to wade through Clanton's unorthodox family and numerous aliases to identify him as the suspect.

Clanton moved to Colorado from Arkansas about a year before the killing. He worked as a landscaper and at a vacuum company, and lived just blocks from the bus stop Pruszynski used to get home.

Clanton was on parole when he moved to Englewood. He'd been convicted in 1975 of raping a woman at knifepoint in her Arkansas home. He forced the woman to drive him to a bus stop in Little Rock and then let her go; she went to police and he was arrested at the bus stop within the hour, according to the affidavit.

Although Clanton was sentenced to 30 years in prison, with 10 years suspended, he was released on parole after just four years.

Pruszynski, a senior at Wheaton College in Norton, Mass., also was new to Colorado. She'd been in the state just a few weeks before she was killed, and was staying with relatives in Englewood while working as an intern at KHOW radio in Denver.

"This was a young girl who was just starting her life," Douglas County Sheriff Tony Spurlock said Monday. "She wanted to be in journalism. She wanted to be a part of a bigger story. She was involved in her choir at home. By all accounts, anyone who spoke about her, she was a wonderful, decent, nice young lady."

Pruszynski normally would leave her job at the radio station at 16th Street and Broadway and catch a bus to South Broadway and Union Avenue around 6:10 p.m. She would then walk the five blocks to the home of her aunt and uncle on South Pennsylvania Street.

When she didn't arrive home as expected on Jan. 16, 1980, her relatives called the Englewood police. Her body was discovered dumped in a field the next day.

She was nude below the waist, her hands were bound behind her and she had been stabbed nine times in the back. There was evidence she had been raped repeatedly.

A woman who saw a man near that field on the night of the killing gave a description to police and worked with a sketch artist, even undergoing hypnosis aimed at helping her remember details. The sketch did not lead police to any suspects at the time, but does look very similar to a 1998 booking photo of Clanton.

Other attacks to be investigated

Pruszynski's assault and killing was one of a series of reported attacks in the area around that time, according to the affidavit.

Clanton has not been charged in those cases, but 18th Judicial District Attorney George Brauchler said Monday he'd like to see local authorities take another look at those assaults to see whether they can be tied to Clanton.

Prosecution of those sex assaults would be unlikely given the statute of limitations, he said.

"To the extent we are able to get to some closure on these people, I'd like to know one way or the other, whether it is prosecutable or not," Brauchler said.

Clanton was arrested in Union County, Florida, where he had been living, and was transported to Douglas County, where he was booked into jail. He appeared in court Monday and is scheduled to return on Feb. 21.

A man who said he was a family friend of Clanton and knew him well said Monday that Clanton was very guarded about his past and lied to those he knew about why he'd been in prison in Arkansas — telling people he'd gotten into a fight over a girl, kicked a man in the chest and unintentionally killed him.

The family friend, who The Denver Post agreed not to identify to protect his family's privacy, said he accepted that story as true until Clanton's arrest in the Colorado case. The friend said Clanton has for years lived a quiet life as a family man and was not known to be violent.

In addition to the 1975 rape conviction, Clanton was arrested on domestic violence charges in Florida in 1998 and 2001. The family friend said he was not aware of those arrests.

Honing in on a suspect

Detectives watched Clanton for several days in Florida around Thanksgiving, looking for an opportunity to secretly collect his DNA so it could be tested against a sample taken from the crime scene. On Nov. 30, Clanton went to a bar and drank several beers; detectives worked with the bartender to secretly collect a beer mug he'd used.

Testing of that mug showed Clanton's DNA matched the DNA in the sample taken from the crime scene, according to the affidavit.

Yet the process to even identify Clanton as a suspect started two years before detectives snatched that mug, according to the affidavit. In 2017, detectives checked the DNA from the crime scene against an online genealogy website, GEDmatch. That did not yield a direct match, but did list several potential relatives.

Detectives then waded through a convoluted family tree — Clanton's mother used six last names over her lifetime and had five children with two different men. Clanton, who previously used the name Curtis Allen White, lived with his father as an infant but then was raised by his uncle and aunt until he was about 13, according to the affidavit.

He was a chronic runaway and also spent time in the foster care system; he told authorities he did not know his mother. He referred to his uncle as his father, according to the affidavit.

Clanton's brother also had a lengthy criminal history, and detectives had to eliminate him as a suspect as they narrowed their focus.

Brauchler said the arrest was made with a mix of technology and old-fashioned police work.

"This is a true team effort," he said during a news conference Monday. "There is no single person, no single piece of technology, no single fact that resulted in this day and everything that transpires afterwards."