Spokane Police Wednesday detailed the DNA link between a now-dead man and the rape and murder of a 12-year-old Spokane girl in 1985. 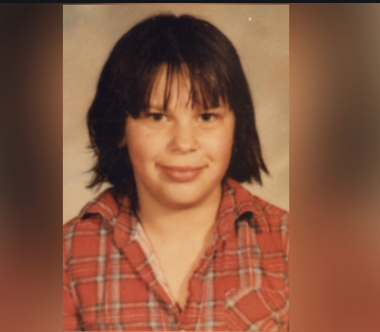 SPOKANE, Wash – With details right out of a procedural crime show, Spokane Police Wednesday detailed the DNA link between a now-dead man and the rape and murder of a 12-year-old Spokane girl in 1985.

Marsi Belecz was stabbed to death, her body found near a wrecking yard. At the time, she was a 6th grader at Grant Elementary School and had run away from home.

Police say she was raped, was stabbed 31 times and had no defensive wounds, meaning she was not able to fight back.

For years after, detectives on the case described how the child's murder stayed with them. People living in her neighborhood described changing their behaviors because they were worried the killer had not been caught.

At the time, police did an extensive search for her killer and narrowed down their investigation to 87 possible suspects. 12 were cleared through DNA, but the case remained cold for decades.

In recent years, technology has advanced and police departments across the country have begun using new techniques to solve crimes.

In 2019, Spokane Police Det. Brian Hammond submitted a DNA sample to Parabon NanoLabs DNA. That company works with a publicly-available DNA database that people can opt into. That lab sent back four possible suspects. Two of those were eliminated through more DNA testing. A third suspect was dead, but police obtained DNA from his family members that increased their suspicion.

A couple of weeks ago, Spokane Police exhumed the grave of a man named Clayton Giese, who was never on the radar in the initial investigation.

"Everybody that had this case did what they could do at the time, it just wasn't possible due to technology to do anything more," said Capt. Brad Arleth.

Police say he was a match of 1.1 nonillion, leaving them no doubt it was his DNA at the crime scene.

Giese had a minor criminal record in Spokane. He was 22 years old at the time of the murder and was killed about four years later in a rollover crash.

"You know, I mean, justice in this case? Maybe not, the guy's deceased, but closure, I think, for the family, the community. For people that remember that," said Arleth.

Spokane Police expressed their condolences to Marsi's family. They also credited Giese's family for cooperating with the investigation.

"For the police to show up at your door and raise this issue of someone you buried a long time ago that you cared about a great deal, that's tough for anybody," said Sgt. Zac Storment. "I asked myself that — 'how would I respond?' but at the end of the day, they want their privacy. We're not gonna name them but I'll give them credit. They stepped up and did the right thing."

Arleth told reporters the department was able to find the killer without a cold case unit dedicated to cases like Belecz's. He said the department does not have the money to pay for training and equipment, but hopes Belecz's case can serve as an example as to what a dedicated unit could do for the community. According to Arleth, the department has 113 unsolved murders dating back to the 50's.

"Everyday we have a constant inflow of new cases that cannot necessarily be ignored or set aside to work a cold case," he said. "We end up squeezing in, or squeezing out the extra work from people in their spare time — which they really don't have. They make time."

When 4 News Now reached out to Belecz's family Wednesday, one of her sisters told us she has found comfort in knowing Giese can no longer hurt one, but sent her regards to Giese's family, because she said she knows what it is like to lose someone so young.