no one told Bell's staff after he defeated seven-term incumbent Bob McCulloch last year there were cases in which the work of the crime lab employee, who was fired in 2017, could be called into question 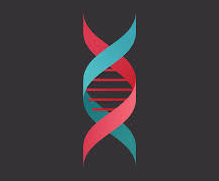 CLAYTON, Mo. -- A pattern of improper analysis in the St. Louis County Police Department's crime lab by a forensic scientist has led to a review of at least 100 criminal cases involving DNA evidence, the county prosecutor's office said.

Sam Alton, chief of staff for St. Louis County Prosecuting Attorney Wesley Bell, announced the review Tuesday. He said no one told Bell's staff after he defeated seven-term incumbent Bob McCulloch last year there were cases in which the work of the crime lab employee, who was fired in 2017, could be called into question, the St. Louis Post-Dispatch reported.

McCulloch, in a voice message to a Post-Dispatch reporter, described the situation as "just another lie made up by the Alton-Bell crowd to cover their own misdeeds."

Alton said Bell's staff first became aware of the problem Oct. 9 at a meeting between one of their attorneys and crime lab personnel. The meeting occurred days after supervisor Kyra Groeblinghoff disclosed problems with the scientist's DNA analysis during a deposition in the first-degree murder case against Kevin Fields, who was scheduled to face trial this week in a woman's February 2016 stabbing death in Moline Acres.

Sign up for Daily Headlines Get each day's latest first thing in the morning.

Groeblinghoff testified the scientist had repeatedly violated the lab's policy by comparing DNA reference samples side by side with crime scene evidence, creating a "cognitive bias" that could create a false impression of a match. A judge denied a defense motion to dismiss the case but ordered the lab to retest the DNA evidence the scientist handled in the case.

In the meeting, officials in the crime lab provided Bell's staff with a July 2016 letter the lab had sent to McCulloch's office. The letter said an audit had found the lab to be in compliance with FBI standards and the police department did not think there was a "systemic issue" beyond the one scientist. But the lab said it would reanalyze any cases involving the scientist, which could "result in updates" to the analysis.

In McCulloch's voice message to the newspaper's reporter, he said the scientist's refusal to follow a new protocol a national laboratory association had put out was the "only problem." He said the scientist got fired over that and tried to get her job back.

McCulloch also pointed to what he saw as a conflict of interest: Alton's wife, lawyer Julia Fogelberg, had represented Fields as a public defender until she joined her husband in Bell's administration late last year. Alton said he didn't know his wife had been on the other side of the case until a reporter pointed it out to him. He said it had no significance.

Fogelberg said it had been up to Fields and his new attorney to decide whether they felt there was a conflict when she moved to Bell's office, and they didn't seek to move the case to another jurisdiction.

Staff in Bell's office was instructed to notify defense attorneys if they have cases involving evidence that had been analyzed by the scientist. In all pending cases, the judge will be asked to require retesting of all relevant evidence. Closed cases will be reviewed by Bell's Conviction Integrity Unit.

Alton, the chief of staff for Bell, said he did not know how many cases would be affected, but said it was at least 100.

"We're concerned about the integrity of the cases," Alton said.

Enter some description here...
https://www.semissourian.com/story/2646940.html
Tweet
How do you feel about this post?
Happy (0)
Love (0)
Surprised (0)
Sad (0)
Angry (0)
Tags:
CASE UNDER REVIEW dna
Deputy fired for having sex in Rutherford County S...
Dozens of Rape Kits From SDPD's Backlog Have Yield...