Less than a month after being sent for analysis, the T-shirt went missing and is not likely to be recovered. 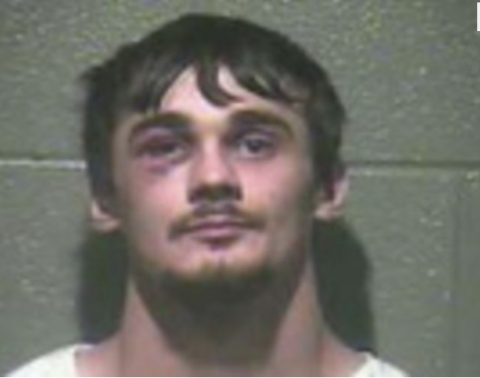 GLASGOW — In early April of this year, an infant-size blue T-shirt linked to a murder investigation was sent to the Kentucky State Police Central Lab in Frankfort for forensic analysis, about seven months after the murder suspect's father retrieved it from under some brush and the suspect's attorney brought it to KSP Post 3 in Bowling Green.

Less than a month after being sent for analysis, the T-shirt went missing and is not likely to be recovered.KSP forensic examiner Marci Adkins, who had custody of the shirt, testified about its disappearance on Thursday in Barren Circuit Court in a hearing brought about by a motion filed by the attorney for Anthony Barbour, who is charged with murder, tampering with physical evidence and abuse of a corpse in connection with the death of 2-year-old Laynee Wallace, whose body was found May 25, 2015 in a well in the Nobob community.

Laynee had been reported missing six days earlier.Ken Garrett, who represents Barbour, 26, of Summer Shade, had wanted the KSP to conduct a forensic analysis of the T-shirt, which had reportedly been thrown out of a car window by Laynee's mother, Kelsey Wallace."We are going to submit that all along the mother was well aware of what happened to the child," Garrett said after the hearing.Kelsey Wallace is not charged with a crime, and Barren County Commonwealth's Attorney John Gardner has said he does not anticipate any charges forthcoming against anyone other than Barbour in the case.

Adkins testified that the T-shirt was transferred to her on April 8 and that testing was conducted on it for the presence of bodily fluids, hair and other DNA evidence.Examination found no signs of blood, saliva or semen on the shirt, though police recovered hairs from the shirt for analysis.

At some point, the shirt was put in a small box with other items of evidence and placed in a hallway outside the office area where Adkins works, and she realized the box had gone missing on May 4.Adkins said she learned that the box had been picked up by a maintenance worker at the lab and discarded, leading to a frantic effort to recover the evidence that eventually involved requesting the landfill where the evidence may have been taken to cease dumping in the sector of the landfill where the evidence was believed to have been housed.

A search through the garbage failed to produce the lost T-shirt."We realized it would have been like finding a needle in a haystack," Adkins said.During questioning from Gardner, Adkins said she had not previously lost evidence during her 18 years as a forensic analyst and had analyzed around 10,000 items of evidence before losing track of the shirt.

GLASGOW — In early April of this year, an infant-size blue T-shirt linked to a murder investigation was sent to the Kentucky State Police Central Lab in Frankfort for forensic
http://www.bgdailynews.com/news/state-police-crime-lab-loses-evidence-in-laynee-wallace-murder/article_f137b344-919c-11e6-a09f-a3fa1242c922.html
Tweet
How do you feel about this post?
Happy (0)
Love (0)
Surprised (0)
Sad (0)
Angry (0)
Tags:
missing evidence
Police Under Investigation After Cop Overdoses On ...
Harris County deputy fired amid investigation into...