Stolen medals found and returned to veteran 2,000 miles away

Police said one of their technicians did some research and tracked Pollard down. When the detective called him, he was shocked. 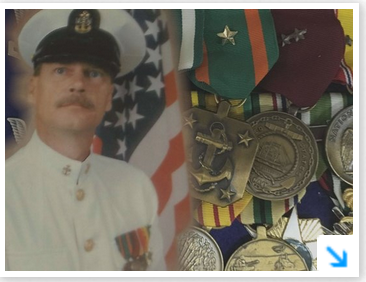 Arthur 'Art' Pollard served nearly three decades in the Navy and was awarded a number of medals when he retired.

"Loved it, went around the world, three times, been to 25 different countries and I fought in two wars," Pollard said.

He lives in Gadsden, Alabama, but his stolen medals ended up more than 2,000 miles away.

"I worked hard for them and stuff and I earned them and I wanted her to keep my tradition going," Pollard said.

Pollard and police said the medals were stolen.

Recently, Modesto police said their Property and Evidence Technicians were going through items ready to be trashed when they discovered the military medals.

Police said one of their technicians did some research and tracked Pollard down. When the detective called him, he was shocked.

"I couldn't believe he went to all that trouble, just to find me," Pollard said.

Pollard said the Modesto Police Department mailed the medals to a local Alabama police department where he was reunited with his medals.