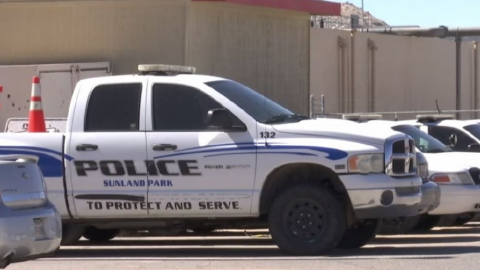 The city had an outside firm do an audit on the department and just got got the results. But City Manager Bob Gallagher said the public won't get to see the report.

"I will just say that the operational audit is not in the public domain," he said. "Was there corruption? I think there was borderline corruption."

According to Gallagher, the audit found that there was missing evidence in some cases.

Gallagher said prosecutors have had to dismiss cases due to missing evidence. He couldn't say how many cases. KFOX14 called the district attorney's office to find out for ourselves, but as of Wednesday night we are still waiting to hear back.

He also said the audit revealed that people in the department leaked information about private and undercover operations.

KFOX14 asked to see the audit to confirm the findings for ourselves, but Gallagher said he could not provide it.

"It is not a document that we have and or we received and still haven't, so it's not subject to open meetings and public records for inspection," he said. "It's a personnel matter very similar to internal affairs. So no, I did not show it to the mayor or council."

Gallagher said the results were reported directly back to him from the outside firm and said he then discussed that information with council one-on-one without providing them copies of the actual audit.

Some officers in the department, who asked not to be identified for fear of losing their jobs, said it was unfair for information in that audit to be discussed with the media because the department hasn't even seen the audit yet or had a chance to respond to the allegations.

Gallagher said the information in the report has been turned over to proper authorities for further review, but would not say which authorities or agencies.

"We've summarized it, we've read it in detail, and we've taken action," he said.

Javier Guerra has been selected to be the new chief of police. He currently works for the Dona Ana County Sheriff's Department. He will take over as chief at the beginning of next month.

Sunland Park's city manager said a new audit may have uncovered borderline corruption inside the city's police department.The city had an outside firm do an audit on the department and just got got the results. But City Manager Bob Gallagher said the publi
http://kfoxtv.com/news/local/sunland-park-city-manager-says-audit-reveals-issues-in-police-department
Tweet
How do you feel about this post?
Happy (0)
Love (0)
Surprised (0)
Sad (0)
Angry (0)
Tags:
altered evidence assault  kits Chain of Custody move block evidence evidence locker missing evidence Big Three:
Halifax police evidence, including nearly $5,000 i...
Former officer sentenced for taking drugs from dru...