Halifax police evidence, including nearly $5,000 in cash, still unaccounted for

Halifax police believe 32 drug exhibits were
destroyed and six cash exhibits were deposited into a police bank account, but they're unable to prove that theory. 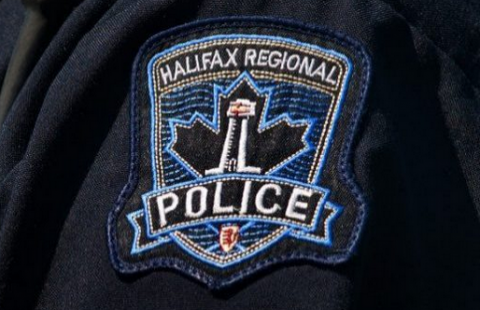 Metro file By: Zane Woodford Metro Published on Fri Feb 24 2017 Halifax Regional Police have located 34 of 72 exhibits that were missing from their evidence storage, but the remaining 38 – including nearly $5,000 in cash – are still unaccounted for.

Chief Jean-Michel Blais will present a report to the municipality's Board of Police Commissioners on Monday updating the force's progress on finding the missing items from the Drug Exhibit Audit released last year. That audit was conducted between June and November 2015 after an officer was accused of stealing from an evidence vault.

Police originally found 90 per cent of the drug exhibits in one vault were unaccounted for, and 55 per cent of the evidence in the money vault wasn't where it was supposed to be.

The audit was released publicly last year, and by that time 74 of 507 exhibits in a sample audit were still missing. A secondary review report coming to the board on Monday says two of those items had already been found, dropping the number to 72. A team of investigators was then able to locate 34 exhibits – meaning they were either found somewhere or destroyed with proper documentation. The remaining 38 could not be found. The team believes 32 of them – drugs, paraphernalia and miscellaneous items – were destroyed, and six cash exhibits were deposited into a police bank account, but it was unable to prove that theory. T

he team believes the drugs – including about 85 grams of marijuana, some crack cocaine and ecstasy – and miscellaneous items – including a burnt cigar and a birth certificate – were destroyed "without ministerial authorization" or in a batch with other items and not documented.

The six cash exhibits, totalling $4,956, could have been deposited into a police bank account, much of it in a large batch without proper documentation and the remainder in another deposit, but the team "could not determine any of this conclusively due to insufficient documentation." The team "found no evidence to suggest exhibits were misappropriated, however, this conclusion is not definitive," the report said.

Blais' presentation will also update the board on the force's progress in implementing 34 recommendations from the Drug Exhibit Audit – 23 of which are complete and 11 in progress. The board and regional council also approved a new position for the police as part of their 2017 budget, a new evidence custodian, which police say will help complete those recommendations.