A woman is asking the U.S. Supreme Court to revive her lawsuit claiming the city of San Francisco has a pattern and practice of failing to investigate sexual assaults. 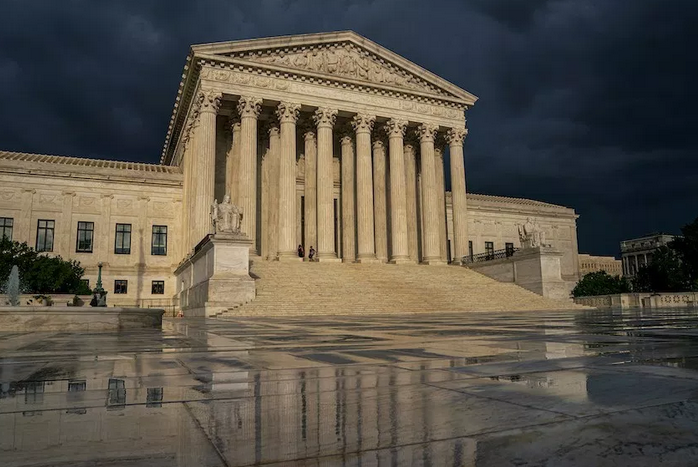 SAN FRANCISCO (CN) – Nine years after she was drugged and raped by a stranger attending a city-sponsored event, a woman is asking the U.S. Supreme Court to revive her lawsuit claiming the city of San Francisco has a pattern and practice of failing to investigate sexual assaults.

Heather Marlowe sued the city in 2016, less than two years after she learned its police department had thousands of untested rape kits that were never sent to labs, despite prior representations that it tested all of them.

In February, the Ninth Circuit upheld a lower court's dismissal of Marlowe's case, finding the suit was barred by a two-year statute of limitations that started ticking in October 2012 when police told her they were busy prioritizing "more important crimes." Marlowe insists the two-year period started when she discovered a backlog of untested rape kits from an audit made public in February 2014.

Marlowe's lawyer, Becky James of Calabasas, California, said the appeals court got it wrong because a person can't challenge a policy or custom of denying assault victims equal protection under the law until the concealed conduct is exposed.

"The statute of limitations should be based on when she discovered it from the audit," James said. "Having been stymied at every turn she has finally taken her case to the Supreme Court."

The Supreme Court, which typically accepts less than 3% of requests for review each year, will decide which cases to take up when it reconvenes in October.

"Rape kits are but a symptom of the larger pattern and practice of police failing to investigate sexual assaults," Marlowe said at a press conference in San Francisco Wednesday. "The investigations are closed before any investigation is done."

Marlowe was attending the annual Bay to Breakers footrace in May 2010 when a stranger offered her a beer in a red cup, which she accepted.

After losing consciousness, she awoke hours later in an unfamiliar home feeling physical pain consistent with sexual assault. She reported her rape and underwent an invasive medical procedure to help catch the man who raped her.

Marlowe said a police officer inappropriately asked her to set up a date with a suspect to help catch the assailant and had her look inside a man's home while an officer distracted him to help identify if that was the place she was raped.

She was repeatedly told her rape kit had not been tested due to a "forensic backlog" and a need to prioritize "more important" crimes.

Marlowe said Police Commission President Suzy Loftus, now running for San Francisco district attorney, told her in October 2012 that her rape kit had been tested, but she never received the results.

The police said there were problems with her rape kit due to "irregularities." Marlowe said the department's crime lab had a host of problems, including improperly processing evidence and hiring incompetent technicians.

Marlowe said she asked for her rape kit to be tested by an independent lab, but was met with "silence and stonewalling" from the police department.

Now an advocate for sexual assault victims, Marlowe insists that more transparency is needed to ensure police are investigating rapes as vigorously as other crimes.

Last year, California passed a law requiring police departments to report the number of untested rape kits to the California Department of Justice by July 1, 2019. A spokesperson for Attorney General Xavier Becerra's office said the department is currently "reviewing and compiling" that information with plans to deliver a report to state lawmakers next year.

San Francisco City Attorney's Office Spokesman John Cote said while it is "unfortunate" that DNA testing failed to identify Marlowe's perpetrator, "every court that has looked at this lawsuit has agreed that city employees did not violate Ms. Marlow's constitutional rights."

Cote added that "rape is a heinous crime" and that police investigators "tried to help" catch the man who assaulted Marlowe.

"At the end of the day, this office has a duty to defend taxpayer dollars from meritless lawsuits—and this is one of them," Cote said.