Suspect in gun mill plans to plead guilty to charges 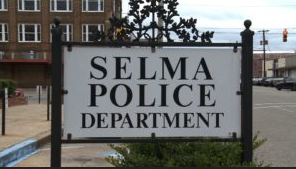 A Dallas County man has agreed to plead guilty to his alleged involvement in a gun mill responsible for stealing and selling guns from the Selma Police Department's evidence vault.

Richard Allen Canterbury has agreed to plead guilty to three federal gun charges, according to court documents from the United States District Court for the Southern District of Alabama.

According to court records, Canterbury's arraignment before Chief U.S. District Judge Kristi K. Dubose, which is when he will enter the plea agreement, is pending.

A date could be set as early as Monday. The plea agreement was filed in federal court on Jan. 17.

By signing the agreement, Canterbury waived his right to plead not guilty and to have a trial, as well as several other rights.

According to court documents, Canterbury was in possession of more than 280 guns, including pistols, revolvers, shotguns, and rifles.

A list detail each gun, caliber and serial number.