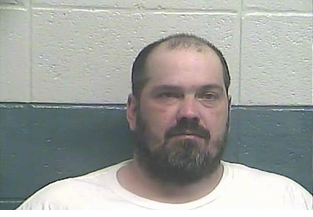 JESSAMINE COUNTY, Ky. (WKYT) - A man charged with a high-profile Jessamine County murder is hoping to have the case against him dismissed.

Police arrested David Peel and Odis Henson in 2014 for the 2008 murder of Mark Dunn. Police say Peel shot Dunn, then left to burn in his truck on Hunter's Ferry Road.

David Peel's attorneys have filed a motion to dismiss the charges against him because they say a significant portion of the investigation file is missing. According to the defense, evidence into the murder of Dunn collected from late May of 2008 to September of 2010 is nowhere to be found.

Peel's attorneys are asking for an inventory of exactly what is missing and why it went missing.

During the hearing on the motion on Thursday, some detectives handling the case testified, trying to piece together what notes and reports they might have taken that are now missing. One investigator says he was on the case primarily as a mentor and guide for a newer detective, so he does not remember taking any notes.

On Thursday afternoon, the judge denied Peel's request to drop the case. He set a trial date for March 13, 2017.

David Peel's attorneys have filed a motion to dismiss the charges against because they say a significant portion of the investigation file is missing.
http://www.wkyt.com/content/news/Suspect-in-Jessamine-Co-murder-wants-case-dismissed-over-missing-evidence-400702011.html
Tweet
How do you feel about this post?
Happy (0)
Love (0)
Surprised (0)
Sad (0)
Angry (0)
Tags:
missing evidence
Michigan's rape kit backlog increases over year as...
Police officer arrested after being accused of ste...