The backlog of sexual assault kits at the beginning of Fiscal Year 2016
was 737 cases. That number increased to 1,177 a year later, as of Sept.
30, according to a recent Michigan State Police report to the
legislature. 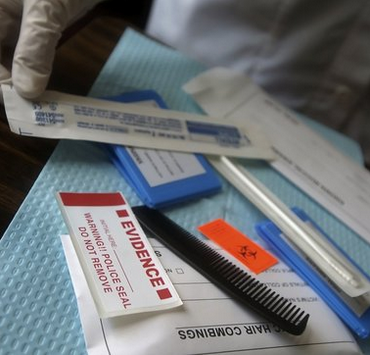 The number of rape kits in Michigan's backlog is up compared to this time a year ago, as police worked to test thousands throughout the state, according to a new report.

The backlog of sexual assault kits at the beginning of Fiscal Year 2016 was 737 cases. That number increased to 1,177 a year later, as of Sept. 30, according to a recent Michigan State Police report to the legislature.

Part of the case volume, with 2,789 cases submitted for the year, is because of a September 2015 survey by Attorney General Bill Schuette's office that found an additional 1,819 untested rape kits from October 2014 or earlier. Testing on those kits began in April.

"Testing each sexual assault evidence kit is a priority issue for Attorney General Schuette and we are actively working with local law enforcement to process the older, untested kits," AG spokeswoman Andrea Bitely said, and testing can help identify people who committed other crimes.

Police completed processing 2,349 rape kit cases over the year period, resulting in 809 profiles associated with cases as of Oct. 1, including 467 profiles from testing kits submitted in the past year, the Michigan State Police reported.

The average turnaround for cases completed was 109 days, the MSP said.

The AG's office recently had a special assistant attorney general appointed to work with Calhoun County to work on these cases, Bitely said, and will work with other counties "to ensure they have the assistance they need to process the untested kits and work with the local prosecutors on any charges that may result."

In May, the AG's office announced that Alan Donnell Broadnax, 56, of Detroit, was sentenced to 25 to 75 years in prison following his April conviction of 1st Degree Criminal Sexual Conduct. Broadnax was the first person identified through testing of 11,000 abandoned sexual assault kits found in 2009 in a Detroit warehouse, connecting him with the 2008 rape of an 18-year-old Wayne County woman.

"This man thought he had gotten away with this crime, but this conviction shows once again that we hold people accountable for their crimes," Schuette said in May.

The backlog in Detroit has since been cleared. The incident inspired legislative changes to address other untested kits in the state.

The number of rape kits is up compared to this time a year ago as police worked to test thousands throughout Michigan, according to a new report.
http://www.mlive.com/news/index.ssf/2016/11/michigans_rape_kit_backlog_inc.html
Tweet
How do you feel about this post?
Happy (0)
Love (0)
Surprised (0)
Sad (0)
Angry (0)
Tags:
rape kit backlog
Crime lab tests pile up on cases
Suspect in Jessamine Co. murder wants case dismiss...
Comment for this post has been locked by admin.