Spaulding is accused of taking more than $1,000 from the West Springfield Police Department evidence room between May 2016 and May 2017.​ 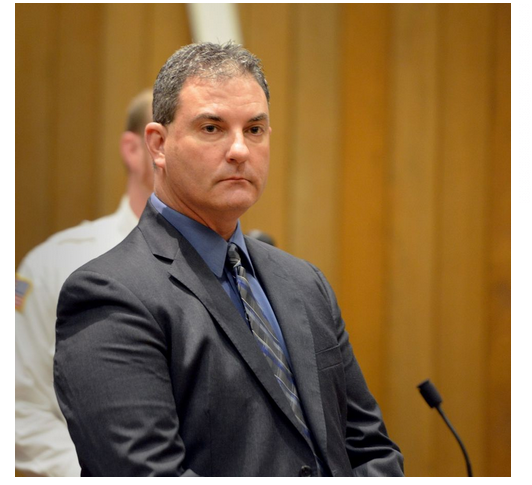 SPRINGFIELD -- West Springfield Police Capt. Daniel Spaulding, suspended from the force in 2017, was arraigned Thursday in connection with the alleged theft of more than $1,000 from the department.

Spaulding, of West Springfield, denied a charge of violating standards for public employees. He was indicted in April.

Hampden Superior Court Judge Richard J. Carey ordered Spaulding released on his own recognizance. Conditions are that he turn in his firearms, surrender his passport and not leave the state without permission from the Probation Department.

Spaulding is accused of taking more than $1,000 from the West Springfield Police Department evidence room between May 2016 and May 2017.

Authorities further found that Spaulding later replaced all of the missing cash and returned the missing evidence bags in May 2017. The West Springfield Police Department and the City of West Springfield assisted in and fully cooperated with this investigation," a statement from the Attorney General's Office said.

Spaulding, 50, who began work with the force in 1988. He was placed on paid administrative leave in August, but is no longer getting paid as a result of the indictment.