An important break came once again as a result of DNA sleuthing techniques similar to the ones used last month to crack the Golden State killer case. 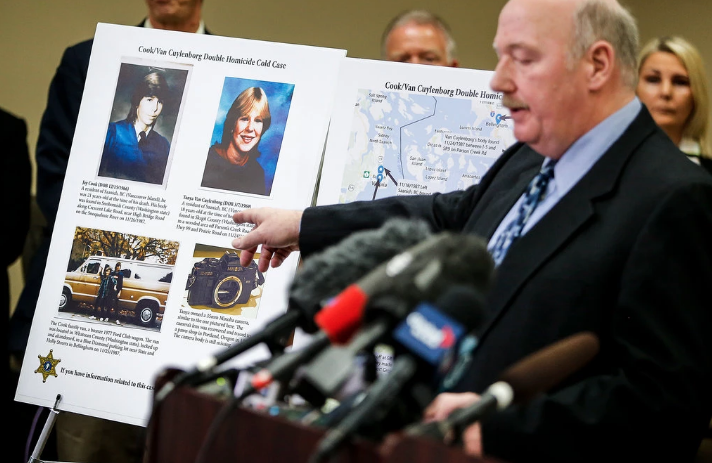 In 1987, Jay Cook, 20, and Tanya Van Cuylenborg, 18, a couple from Canada, were brutally killed while they were vacationing in Washington State.

On Friday, the Snohomish County sheriff's office announced that it had a suspect in custody in the rape of Ms. Van Cuylenborg and the murders. William Earl Talbott II, 55, of Seatac, Wash., was arrested on Thursday. An important break came once again as a result of DNA sleuthing techniques similar to the ones used last month to crack the Golden State killer case.

"We never gave up hope that we would find Jay and Tanya's killer," said Ty Trenary, the Snohomish County sheriff at a news conference. "Yesterday's arrest shows how powerful it can be to combine new DNA technology with the relentless determination of detectives."

A not guilty plea was entered for Mr. Talbott and bail was set at $2 million on Friday, the television station KOMO reported.

As in the Golden State killer case, investigators uploaded DNA taken from well-preserved crime scene evidence to the public genealogy site GEDmatch. That DNA profile, which had been extracted from semen, led them to second cousins whose genetic information was available on the site.

From there, CeCe Moore, a genetic genealogist, built out a family tree all the way back to those individuals' great-grandparents, using publicly available family data, obituaries, newspaper archives, yearbooks, census data and social media sites. She then used "reverse genealogy" to fill out all the branches.

"This led me to two descendants of the great-grandparents of the original matches who married, thus tying the two families together," she said.

That couple had just one son: Mr. Talbott, who would have been 24 at time of the murders. His parents' home was approximately seven miles from where Mr. Cook's body was found.

After surveilling Mr. Talbott — who has worked as a truck driver — for several days, detectives collected DNA from a cup he discarded. After a lab confirmed that it was a match, he was arrested, said Shari Ireton, director of communications at the Snohomish County sheriff's office.

The involvement of Ms. Moore, the genealogist, resulted from a collaboration between Parabon NanoLabs, a DNA technology company in Virginia, and the sheriff's offices of Snohomish and Skagit counties in Washington. That followedParabon's announcement earlier this monththat it would begin to offer a forensic genealogy service to help detectives use GEDmatch and other public databases to solve criminal cases. The company said that it is actively involved in 12 cases using this new approach.

After revelations that it had been used in the Golden State killer investigation, some GEDmatch users removed their profiles from the site or changed their settings, protesting what they felt was an invasion of privacy. Others defended the approach, arguing that if they had violent criminals in their families, they would be happy to help detectives arrest them.

Until they used the technique that incorporated the ancestry site, detectives did not have a suspect in the Washington case. Mr. Talbott, whose arrest record appears limited to a single misdemeanor, was not in any criminal DNA databases.

Investigators had previously worked with Parabon to produce an image of the suspect's face from crime scene DNA, something that did not produce any meaningful leads.

The case has long perplexed detectives. On Nov. 18, 1987, the couple left Saanich, British Columbia, in Mr. Cook's family van. They purchased a 10:16 p.m. ferry ticket to Seattle. No one ever heard from them again.

On Nov. 24, Ms. Van Cuylenborg's body was found in a ditch in the woods in Skagit County. Later that week, Mr. Cook's van and body were found in two separate locations.

"Jay was our son and at the time he died he was 20 years old and Tanya was 18. He would be 51 now," said Lee Cook, his mother, during the news conference. "He probably would have married and had kids. I would have more grandchildren. I miss all that could have been."

Adding a twist to the case, family members of both victims began receiving rambling letters a week later from a person claiming to be the killer and bragging that no one would ever catch him. When detectives swabbed DNA from those letters, they found it did not match the crime scene evidence. In 2010, a mentally ill Canadian man admitted to sending the notes.

The actual killer struck detectives as eager to taunt the police, leaving behind a pair of used surgical gloves.

"He leaves those behind as a sign to the police that you needn't look for fingerprints because I wore these gloves," said Detective Robert Gebo of the Seattle Police Department, according to "Unsolved Mysteries." "And he has confidence that there's nothing that's going to connect him with these crimes." 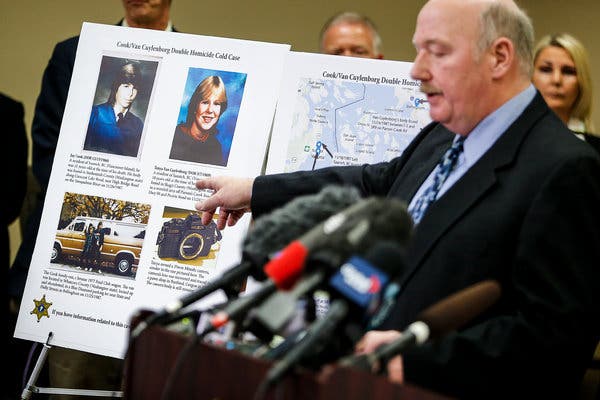