Texas has the tools to end the rape kit backlog. Let’s use them.

The rape kits collecting dust in Texas labs represent unidentified criminals that could be named and prosecuted, even halting repeat rapists 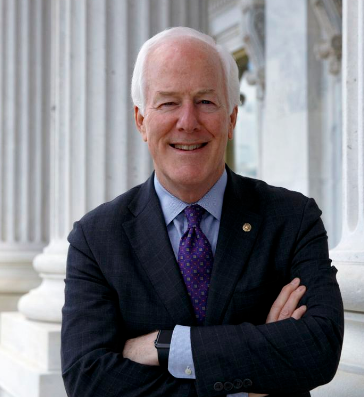 That's the number of untested rape kits in Texas, according to the Texas Department of Public Safety, and more than 1,000 of them sit on lab shelves in Dallas.

Each kit holds unique DNA evidence that could help put a rapist behind bars and provide closure for survivors. But every day that a kit doesn't get tested, that evidence goes nowhere, and victims go another day without justice.

The rape kits collecting dust in Texas labs represent unidentified criminals that could be named and prosecuted, even halting repeat rapists. Each of these kits tells a horrific story, and the longer it sits idle on a shelf, that story worsens.

To better understand the burden rape victims carry, I visited The Gatehouse in Grapevine, a living community for women fleeing many types of crises, including rape and sexual assault. I toured the facility and learned from its leadership and law enforcement about local issues of sexual violence and how seeking justice can play an important role in a survivor's recovery. Without question, the memories that have most stayed with me from that day are the stories two brave North Texas rape survivors shared with me there.

One of those survivors is Lavinia Masters. At 13 years old, Masters was brutally raped at knifepoint in her own home. What's worse, the evidence that could have put her attacker in jail within days was left untouched for more than 20 years, allowing the serial rapist to abuse even more women. By the time authorities found a DNA match, the statute of limitations on her case had expired and she couldn't seek justice. Her attacker roamed free.

It's the kind of story that makes your blood boil, and unfortunately, it's all too common.

Throughout my time in the U.S. Senate, I've fought to deliver justice for survivors and ensure the system doesn't fail more courageous people as it did Masters. I'm proud to say three laws I've authored for this purpose are already working to eliminate Texas' rape kit backlog.

Before we can eliminate a backlog, we need to have a good understanding of how big it is. That's why I led the Sexual Assault Forensic Evidence Reporting Act, or SAFER Act, which has enabled state and local entities to take stock of their rape kit backlogs. The SAFER Act increased by 35% the federal resources that state and local law enforcement agencies may use to audit their rape kit backlogs. The results are staggering: SAFER grants have uncovered tens of thousands of untested kits — including kits in Texas — that could now help to pull a criminal off the streets.

Then you need the resources to start testing the evidence lining lab shelves. That's where the Debbie Smith Act comes in. Like Texas' Lavinia Masters Act, this legislation is named for another courageous survivor, and it provides federal funds to state and local law enforcement agencies to complete forensic analyses of crime scenes and untested rape kits. Just last year, this brought $6.9 million to Texas for rape kit testing, and $1.4 million for North Texas alone.

The final, critical step is justice, putting attackers behind bars and providing closure for survivors. The Justice Served Act provides federal resources to prosecutors across the country for crimes solved by DNA testing.

The system failed Masters and too many survivors like her, and I'm proud to have led these bills which have helped Texas reduce its rape kit backlog by 80% in just eight years.

But Masters' story may be familiar to you, too. Or perhaps you know another one of the 6,108 Texas survivors whose DNA kit currently sits on a shelf. We know those kits hold more than DNA. They bottle up the victim's uncertainty, anguish and fear until a match allows him or her to seek justice.

As long as rape kits sit untested, authorities are failing the victims and communities we've sworn to protect. It's up to us to ensure the justice system works for everyone. And at the federal level, I'll use every tool in my box to empower Texas law enforcement to test every single one of the 6,108 rape kits left.

Senator John Cornyn, a Republican from Texas, is a member of the Senate Finance, Intelligence, and Judiciary Committees.

Texas has the tools to end the rape kit backlog. Let’s use them. | Opinion | jacksonvilleprogress.com

6,108.
https://www.jacksonvilleprogress.com/opinion/texas-has-the-tools-to-end-the-rape-kit-backlog-let-s-use-them/article_3e5ee1a4-68aa-11eb-ad42-bb9ca491b22d.html
Tweet
How do you feel about this post?
Happy (0)
Love (0)
Surprised (0)
Sad (0)
Angry (0)
Tags:
rape kit backlog
Sheriff makes push to return items to owners
Police seize $60 million of bitcoin! Now, where's ...
Comment for this post has been locked by admin.