The Jefferson County Sheriff's Office has started a campaign to encourage people to reclaim lost or stolen items that have been recovered. 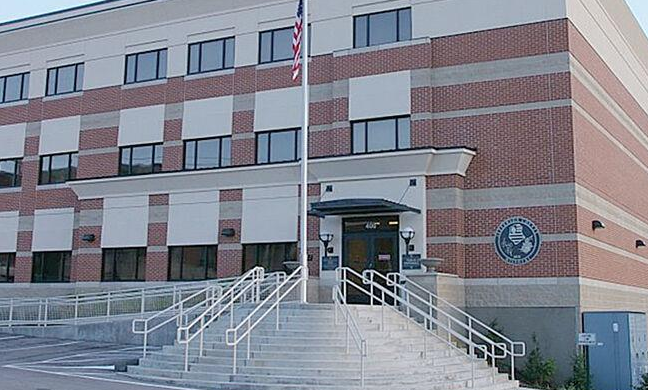 The Jefferson County Sheriff's Office has started a campaign to encourage people to reclaim lost or stolen items that have been recovered.

The message reminds theft victims they can reclaim their property by contacting the Sheriff's Office Evidence Bureau at 636-797-5027 and setting up an appointment to get their lost possessions.

Proof of ownership is required, the Sheriff's Office reported.

"Trying to give property back to the rightful owners is nothing new," said Grant Bissell, Sheriff's Office public safety information coordinator. "We have a (Facebook) page with such incredible reach we figured this was a good way to get the message out there to a broader audience."

As of Jan. 26, only one person had called to inquire about claiming lost property since the first post went up on Jan. 15, even though the Jan. 22 "Found Property Friday" post reached 10,500 people, Bissell said

"It seems people are seeing it, but they are not calling," he said.

Bissell said the Sheriff's Office is storing a lot of recovered items, although he couldn't give a specific number.

"There are shelves of (unclaimed property)," he said.

Bissell said the number of recovered items varies for numerous reasons, and some items cannot be returned if they are part of an ongoing investigation or a case that is being prosecuted.

Bissell said one possible reason people have not reclaimed items that were lost or stolen is that they have forgotten about them or they may have already replaced them.

"If an incident happened months or even a couple of years ago, you may have given up," Bissell said. "A victim would think it was never found, or that we never caught the people responsible. But investigations can take days, weeks, months, even years.

"We want to let people know that even if possessions are found months or years later, it is our responsibility to try to get it back to people who were victimized."

Bissell said recovered stolen items must be held by the department for a minimum of 18 months. After that, if the items are no longer needed to prosecute a case, the Sheriff's Office may seek the court's permission to destroy the items.

He said the Sheriff's Office typically does not seek that order at 18 months, but eventually items need to be cleared out to make room for more evidence and found items.

"It doesn't belong to us, and we would rather get it back to the people who own it as opposed to destroy it," Bissell said. "If we can make somebody's day and give them back something that is theirs, that is a much better day than doing paperwork to destroy a bunch of perfectly good property."

Bissell said the evidence storage area is filled with nearly anything a person could imagine, from electronic equipment to guns to jewelry and more. He said the Sheriff's Office has a lot of recovered stolen tools in storage.

Bissell said one reason so many tools go unclaimed is because they are generally stolen from work sites or company trucks, and the victims quickly replace those tools needed for their work.

"They don't know how long it will take to recover stuff that was stolen from a job site. They need the tools to continue the project," Bissell said.

He said victims need to remember that even if their property has been lost for a long period of time, it is still theirs and they can claim it.

To reclaim recovered or found property, victims most prove the item belongs to them, and the best way to do that is by providing serial numbers.

He said the Sheriff's Office encourages people to catalogue their valuable items, along with serial numbers, either by writing them down, creating an electronic file or simply taking pictures of the items, showing their serial numbers, and storing those photos in a secure place to be able to produce if their items are stolen or lost.

"The serial number is key, that is the golden ticket," Bissell said.

The Jefferson County Sheriff’s Office has started a campaign to encourage people to reclaim lost or stolen items that have been recovered.
https://www.myleaderpaper.com/news/sheriff-makes-push-to-return-items-to-owners/article_eaba34bc-6661-11eb-b69f-7fb2ba9bb5da.html
Tweet
How do you feel about this post?
Happy (0)
Love (0)
Surprised (0)
Sad (0)
Angry (0)
Tags:
reclaim lost property
Dover probe: Ex-officer 'R.J.' Letendre took drugs...
Texas has the tools to end the rape kit backlog. L...
Comment for this post has been locked by admin.